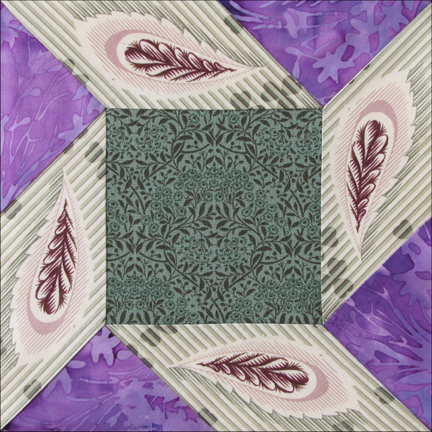 
Contrary Husband (so named  by the Kansas City Star) is a natural for a sampler on women's issues. But whom to recall? History has so many tales of terrible husbands. There's Henry VIII with a well-deserved reputation for sheer quantity of bad marriages---Pierce Butler, King George IV, Lord Byron, T.S. Eliot, Charles Dickens, John Kennedy, Henry Ward Beecher. The roll of unfaithful hypocrites and/or cruel bullies is lengthy. 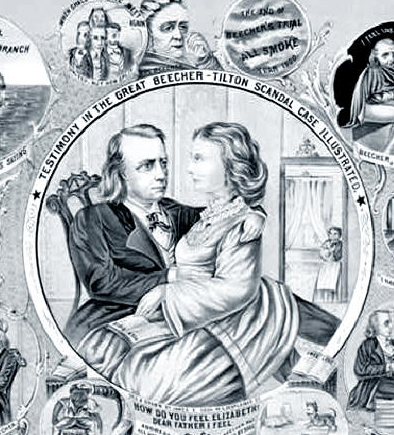 Famous Minister Henry Ward Beecher's
affair was a scandal in 1872

Yet so many of their faults were personal failings rather than institutionalized rights. And we must admit that hypocrisy, promiscuity and homicide are character flaws in which women have always had equal rights.

For this pattern we need to recall a husband whose faults were legislated rights. Consider Charles Lewis Bankhead whose behavior towards his wife Anne caused a good deal of concern in her family, recorded in their letters and memoirs. Anne's father's overseer remembered him as "a fine looking man, but a terrible drunkard...I have seen his wife run from him when he was drunk and hide in a potato-hole to get out of danger." 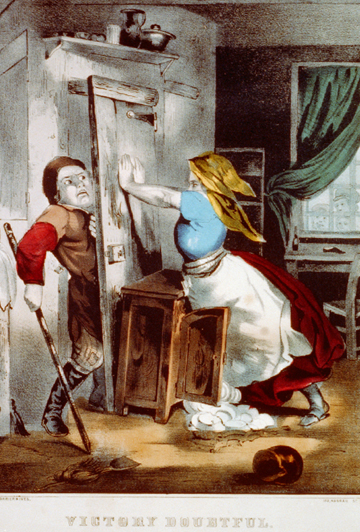 Currier & Ives sold this print called "Victory Doubtful."
Who was the audience who'd want to display it?

Anne's parents grew to despise Bankhead, but they felt completely helpless because options were few. Divorce in Virginia in 1815 was just about impossible to obtain. Charles thus had every right to beat his wife who was obligated to remain under his control. One proposed solution was to hire a keeper to live at the Bankheads to protect Anne from his violence. 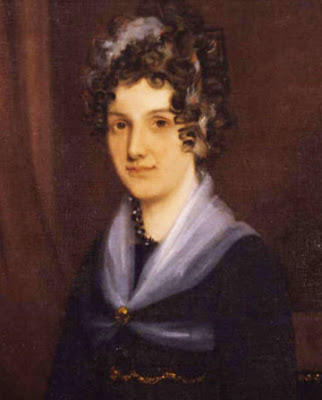 Anne's mother and her grandfather knew of the beatings but her grandfather asked family members to keep it secret---worried that public knowledge would increase Anne's misery. There was a profound shame in the whole affair. And after all, her grandfather was Thomas Jefferson.

Private unhappiness became a public issue when Bankhead and Anne's brother got into a fight in the courthouse square and Bankhead knifed his brother-in-law. Anne's friends and family hoped he'd be arrested and executed for attempted murder ("the only thing that would set his poor wife at liberty") but the authorities were incapable of punishing him. He left the county temporarily. Well-born young men in Virginia were essentially above the law.

Anne made excuses and continued to share his bed for another decade. By 1826 she was pregnant for the twelfth time, and in January gave birth to a boy. She died a few weeks later at the age of 35. She's buried in the Jefferson family graveyard. 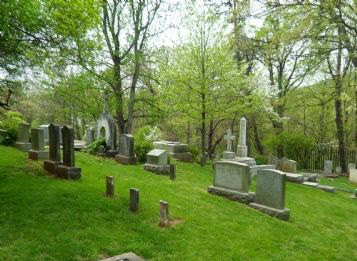 The Graveyard at Monticello

Anne Randolph Bankhead's is just one very sad story of many. She could not get a divorce and just as bad---she could not imagine herself leaving a horrid husband. His death or hers was the only "liberty." 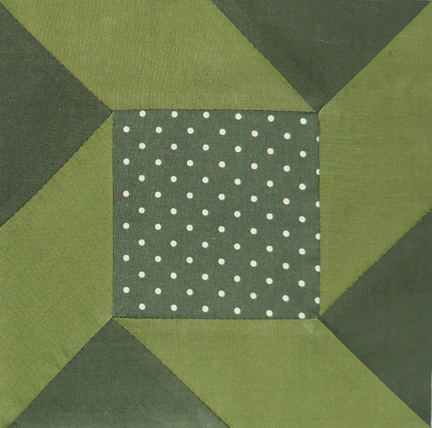 Contrary Husband by Dustin Cecil
Contrary Husband is one of many names for this block. We can use it not so much to recall a bad marriage, but as a reminder of an important legal right, the freedom to leave. 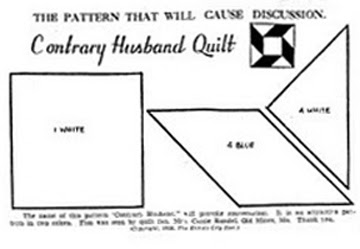 Contrary Husband was published in the Kansas City Star in 1938 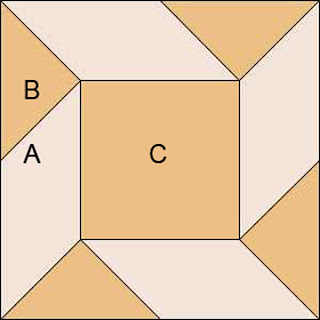 A - Use the template to cut 4 diamonds. 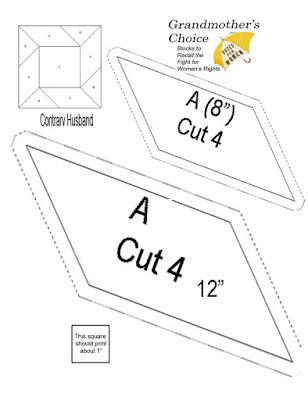 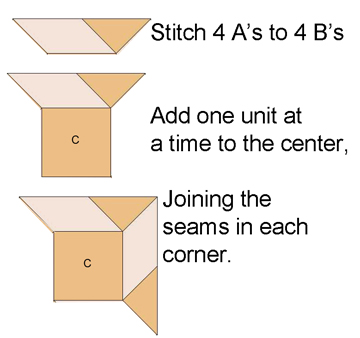 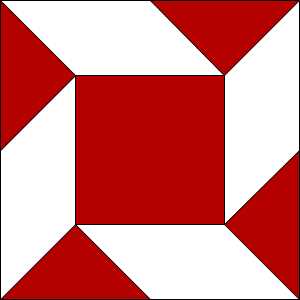 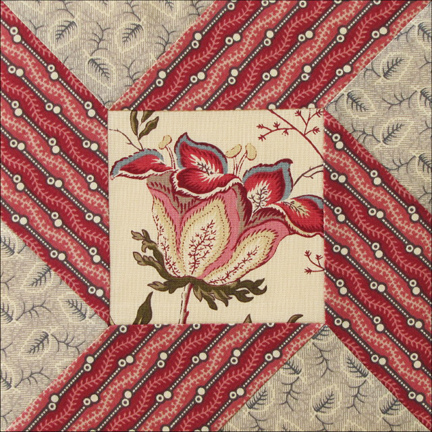 Here is another reminder of the important legal point, summarized by legal scholar Joseph A. Ranney:

"Divorce law is an important part of women's property rights law because it provides an avenue by which a wife can regain the legal rights and independence of a single woman and, in addition, can obtain an interest in the property of the marriage (through property division) and the earning power attributable to the marriage (through a maintenance award). Thus the standards under which divorce can be obtained ...are important to determining the relative power of married women...."

Read Ranney's 2000 paper "Anglicans, Merchants, and Feminists: A Comparative Study of the Evolution of Married Women's Rights in Virginia, New York, and Wisconsin," in the William & Mary Journal of Women and the Law (Volume 6, Issue 3 Article 2)