34. Coffee Cup: Not My Job Description 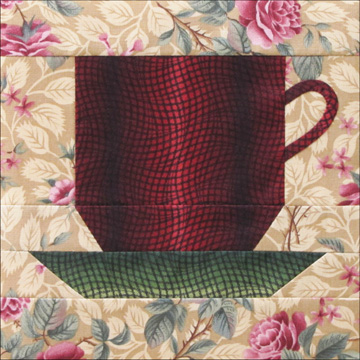 Coffee Cup
By Becky Brown
A fondu or rainbow print is always good
for getting a dimensional look,
a lesson from Baltimore Album quilts.
As we consider women's history this year we should remember that some of us have personal memories we need to record before younger generations completely forget the historical context. For example: The Chicago Coffee Cup Protest of 1977. 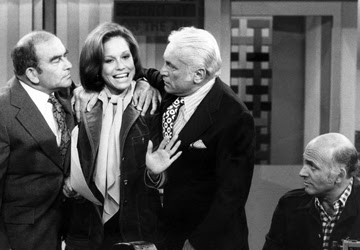 Producer Mary Richards refused to make coffee
for the men in the office on the Mary Tyler Moore show. 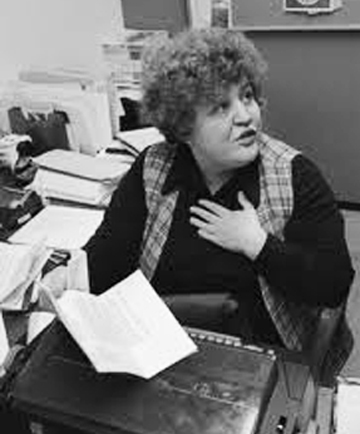 Iris Rivera
Iris Rivera was a legal secretary at the Illinois Appellate Defender's Office who received a memo from her boss outlining rules for women in the office, which included coffee making as a duty. Iris refused. She didn't drink coffee and beverage preparation was not in her job description. She was fired. The attorney's reasoning: Since the men were paid more than the women their time was too valuable to make coffee (circular reasoning, perhaps? Or just adding insult to injury?)

Women's rights group Women Employed (W.E.) focused national attention on the issue by staging  a protest, handing out packets of used coffee grounds with instructions for coffee making to men entering Rivera's building. She filed a suit with the Illinois Fair Employment Practice Commission but was apparently rehired without a legal decision. 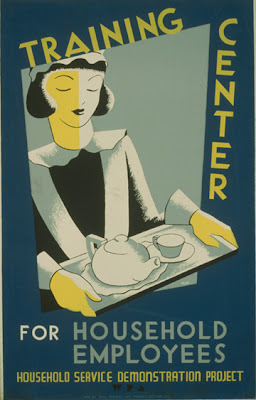 Making coffee as a default duty was a minor factor in the inequalities of the era. Women Employed calculated that women, 45% of the downtown Chicago work force, earned 25% of the salaries. As a woman who worked in the Loop in those years I remember it well. What we call sexual harassment was a problem we hadn't even defined yet. 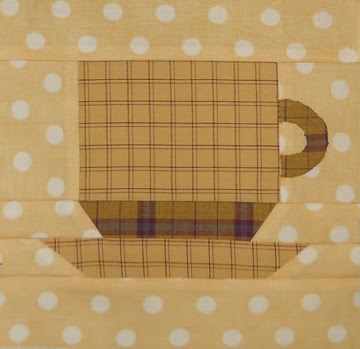 
But a symbol is a symbol and I think we won the coffee pot war---a small victory. 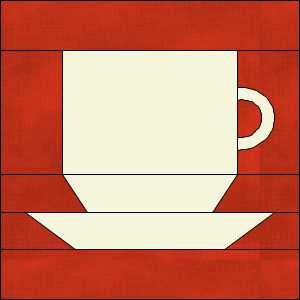 BlockBase #941
Coffee Cups was printed in the Kansas City Star in 1935. 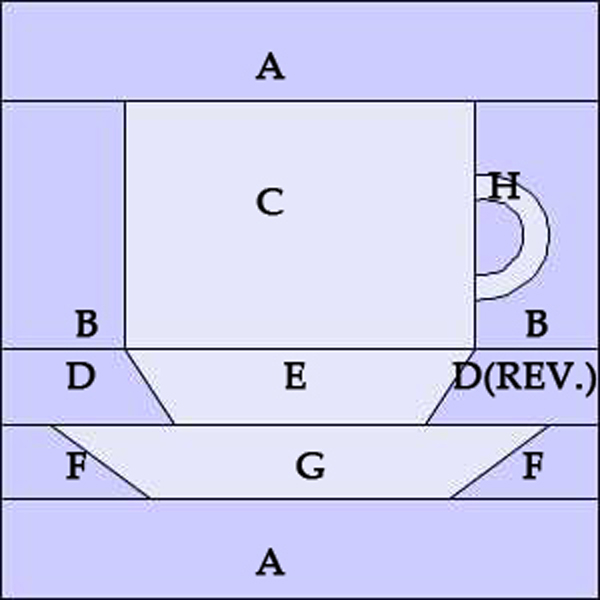 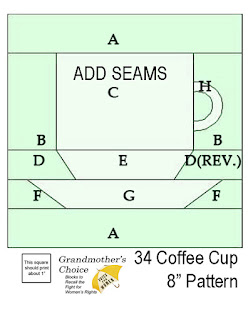 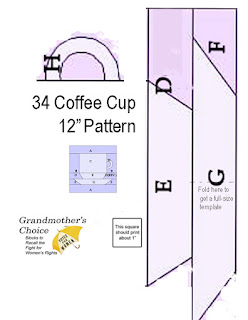 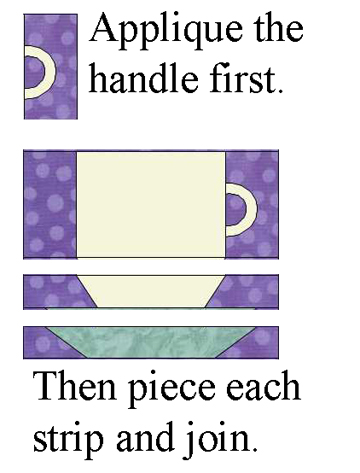 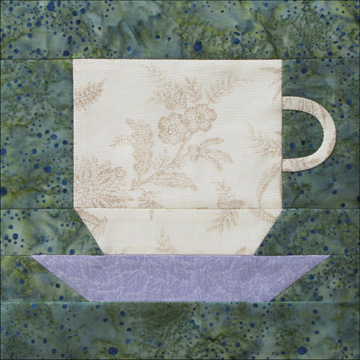 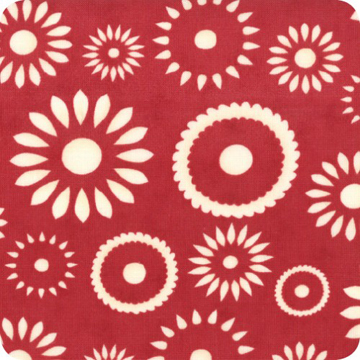 If you don't want to applique the handle find a fabric with rings, something like this Hometown from Sweetwater. See if you can find a large ring and fussy cut the rectangle B. 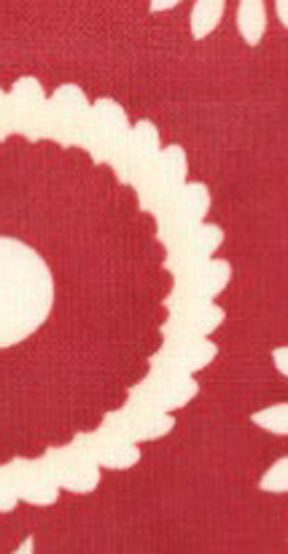 Or if you like to applique you can applique the cup and saucer to a background cut to 8-1/2" square. 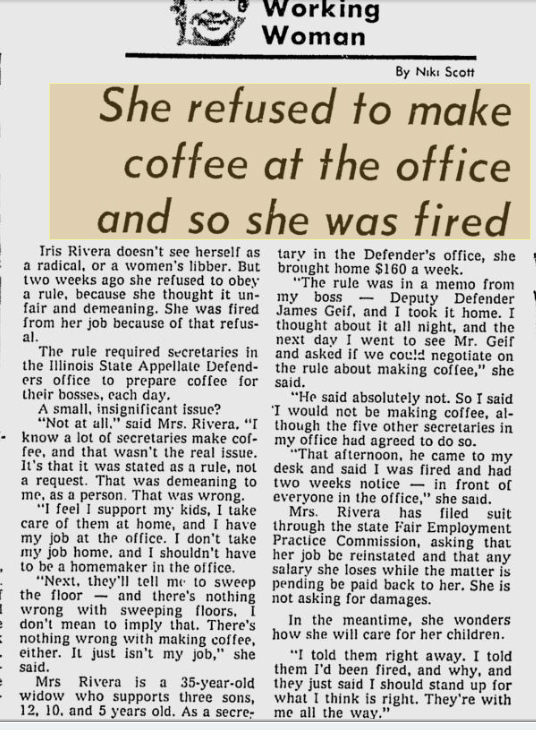 Making coffee wasn't the most demeaning thing secretaries had to do. For several years the woman's group Nine to Five sponsored a Petty Office Procedure contest. Read about the 1988 winners here in an article by Kirsten Lee Swartz:
"Secretaries Urged To Say 'No' Office Workers Honored At Allentown Program."
http://articles.mcall.com/1988-04-28/news/2633013_1_secretarial-work-national-secretaries-week-boss 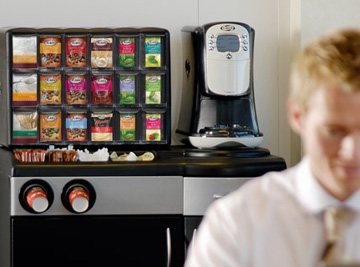 When I ask my young friends with high-tone jobs if they are expected to make the coffee they look confused. I explain it---they tell me the office machines for coffee now are so simple that anybody can operate them. 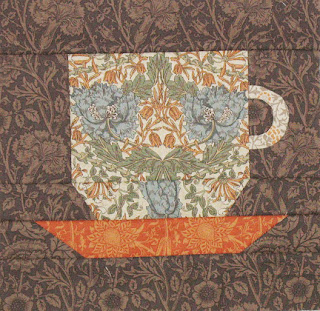 For a history of the time see Laurel Thatcher Ulrich's Well-Behaved Women Seldom Make History.
Here's a preview at Google Books.
http://books.google.com/books?id=MBHhwNSALHoC&pg=PA204&lpg=PA204&dq=iris+rivera+coffee&source=bl&ots=EPZC3v1HOe&sig=tvA2-yLQ5RaM-9RS6H4YHL7vVxo&hl=en#v=onepage&q=iris%20rivera%20coffee&f=false
Posted by Barbara Brackman at 6:00 AM