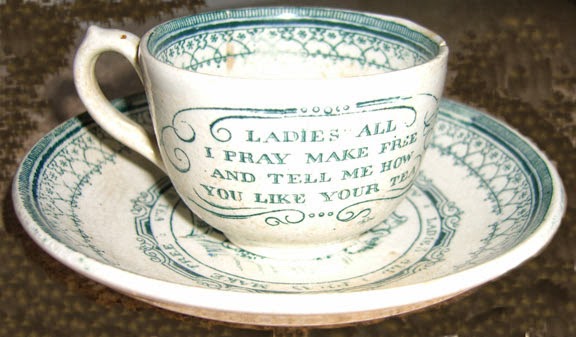 "Ladies All I Pray Make Free.
And Tell Me How You Like Your Tea."

If my china cabinet wasn't full of quilts here's what I'd collect. 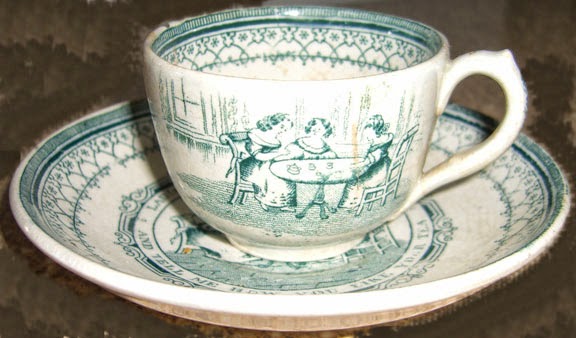 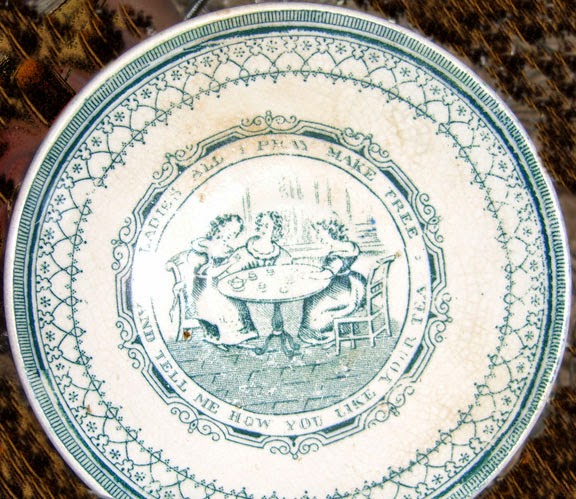 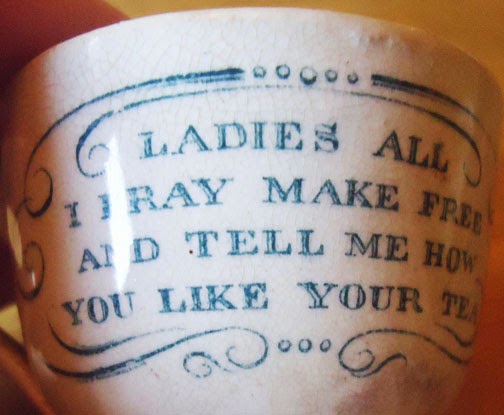 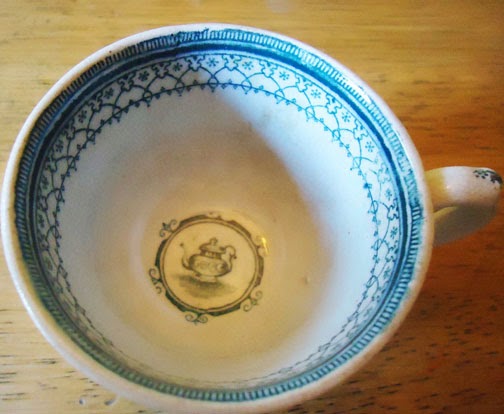 The Victoria and Albert Museum has a black saucer in this series, which they credit to Thomas Fell & Company in Newcastle, England, about 1850, lead-glazed earthenware, transfer-printed in underglaze.
http://collections.vam.ac.uk/item/O149287/saucer-thomas-fell-co/ 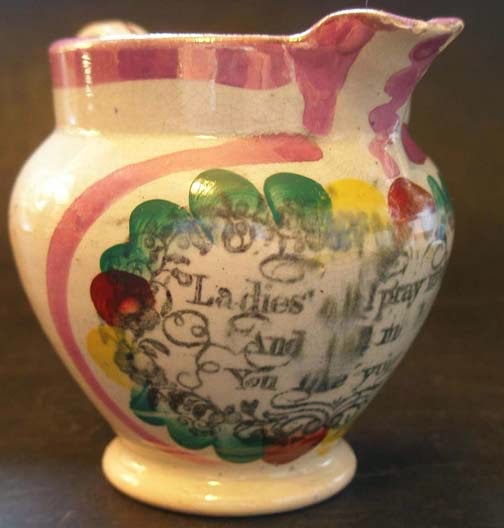 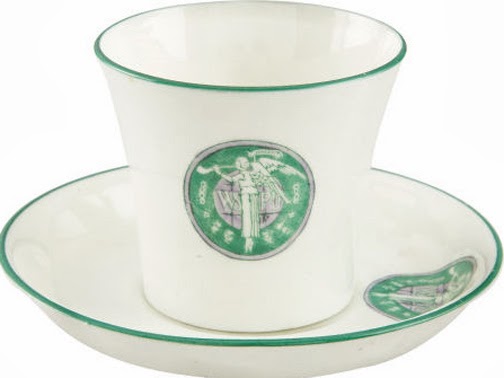 In the early 20th century the British Women's Social & Political Union commissioned china for Suffragette tea rooms. The WSPU Angel of Freedom was used at a tea room at a fundraising fair in 1909. 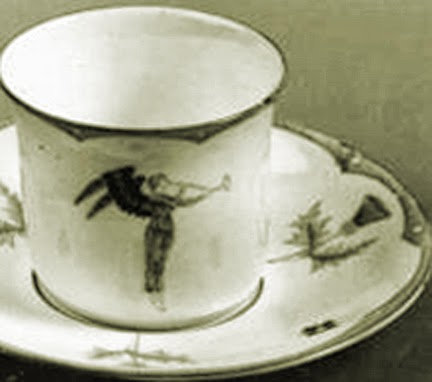 And in this book preview
http://books.google.com/books?id=a2EK9P7-ZMsC&pg=PA108&lpg=PA108&dq=angel+freedom+thistle+glasgow&source=bl&ots=aMdUl8zpwu&sig=LLsgwsTPgQb7ZDIZIcVXibBqmT8&hl=en&sa=X&ei=npVFUvylIJCK9gSWm4GYCg&ved=0CC4Q6AEwAA#v=onepage&q=angel%20freedom%20thistle%20glasgow&f=false 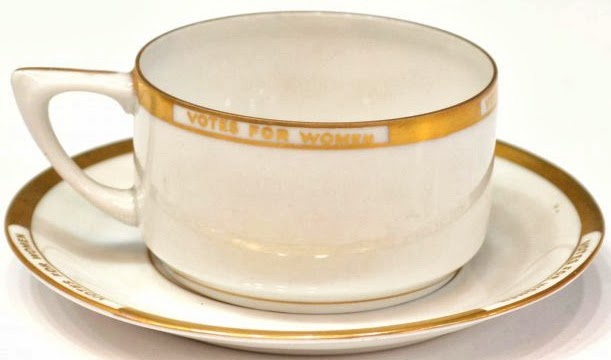 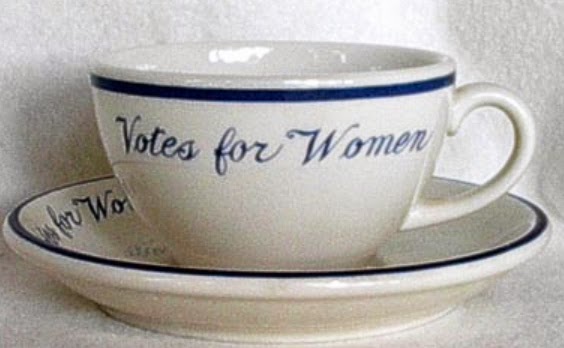 This original on this blue and white version is thought to have been commissioned by American Suffrage leader Alva Belmont in 1913 for a tea house at her Newport, Rhode Island, mansion. She had English pottery John Maddock and Sons do a rather extensive line of dinnerware. 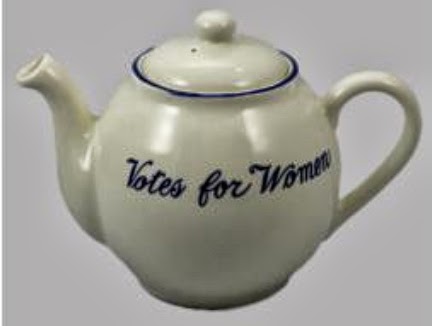 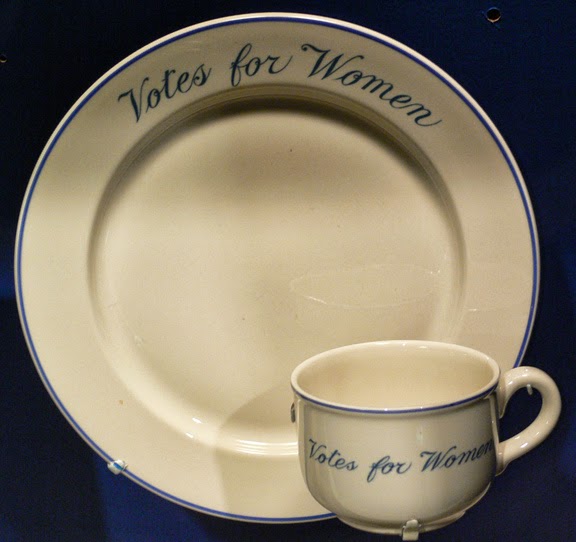 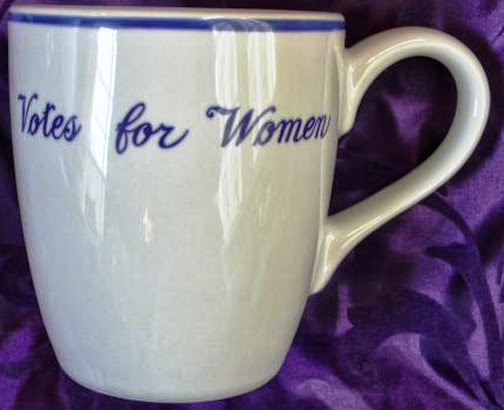 2) http://newportstyle.net/Votes-for-Women/
Posted by Barbara Brackman at 6:00 AM