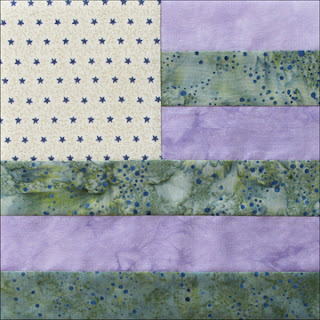 In this election week in the U.S. we can remember a few unruly women in Rochester in 1872 with a block named New York, published in Hearth and Home magazine about 1910. 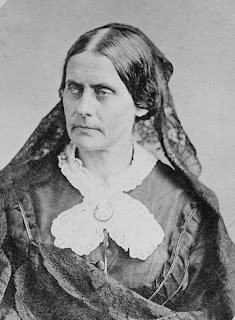 Susan B. Anthony and 13 other women voted in the Presidential election in Rochester, New York. Under the terms of the 14th Amendment, passed four years earlier, "All persons born or naturalized in the United States, and subject to the jurisdiction thereof, are citizens of the United States..." The Grant/Greeley election was the first national election to be held after its passage.  Susan and her sisters were among those who read the words "all persons" as meaning women too.


She went home and wrote to Elizabeth Cady Stanton:


"Well I have been & gone & done it!!--positively voted the Republican ticket--strait this a.m. at 7 Oclock--& swore my vote in at that--was registered on Friday...."

The Vote and her Trial Received Much Press

Three of the four election inspectors accepted their votes, but one saw the importance of their symbolic action and created a counter action with a formal complaint. Fourteen women were arrested and charged with the offense of "knowingly voting without having a lawful right to vote." The cooperative inspectors were also arrested. 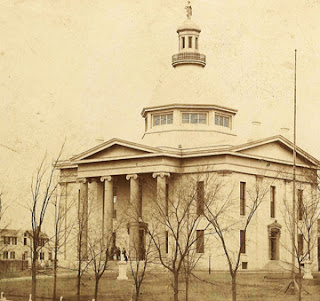 The trial was moved from Rochester to
Canandaigua's Ontario County Courthouse
Susan Anthony was the only one who actually went to trial where (to the surprise of few) she was convicted. She refused to pay the fine but did not go to jail. The men in charge wanted to avoid any appeals which would legally test the meaning of the words "All persons."

A caricature of "The Woman Who Dared"
during her trial
Susan B. Anthony realized that another Constitutional amendment with more specific wording would be necessary. Six years after her vote Anthony and Stanton introduced the amendment with the words: "The right of citizens of the United States to vote shall not be denied or abridged by the United States or by any State on account of sex." Forty-one years later it became the law. 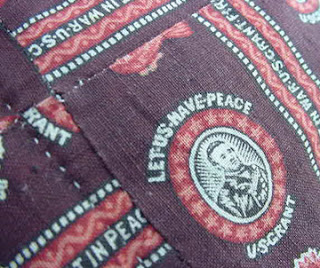 Grant Campaign Calico
Susan voted for President U.S. Grant's second term. She might have voted for Victoria Woodhull, who had declared herself a candidate in the Equal Rights Party, but Woodhull's name didn't appear on ballots in New York or any place else.  The 1872 election was the only time Susan voted in a Presidential election. She died before her amendment passed in 1920. 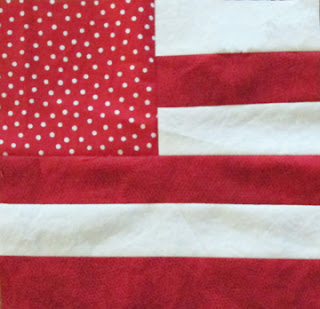 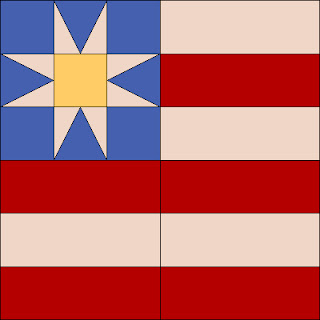 (BlockBase #1383)
The Hearth & Home pattern featured a pieced star in the corner. Here we are using star fabric for the field for an 8" block and the lower stripes are long pieces. 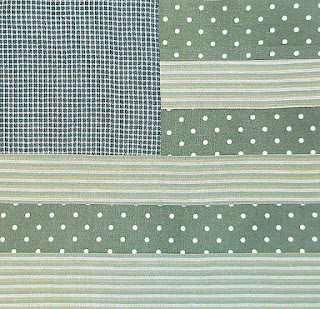 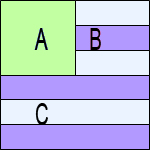 Read a period account of the trial here:
http://books.google.com/books?id=ZX0EAAAAYAAJ&printsec=frontcover&source=gbs_ge_summary_r&cad=0#v=onepage&q&f=false 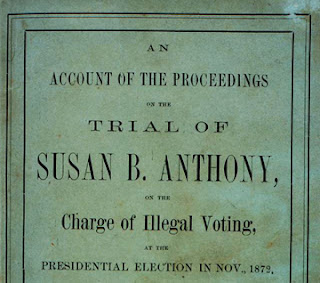 And a summary of the Famous Trial here:
http://law2.umkc.edu/faculty/projects/ftrials/anthony/sbaaccount.html 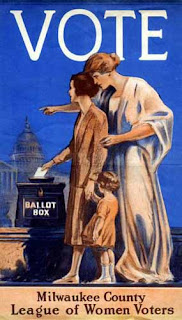 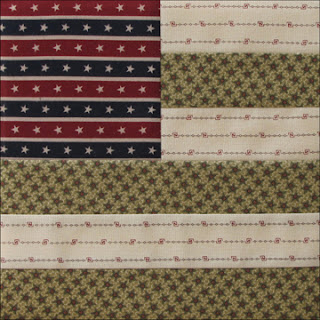 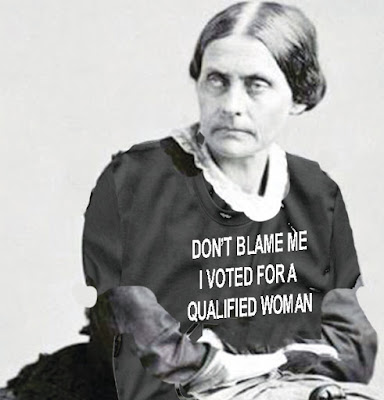