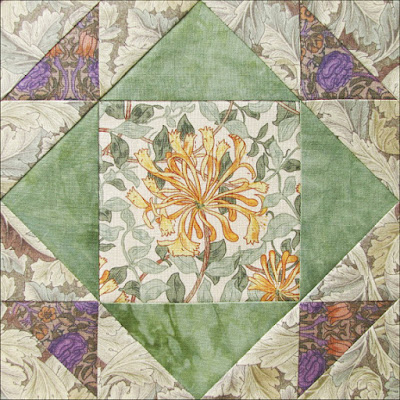 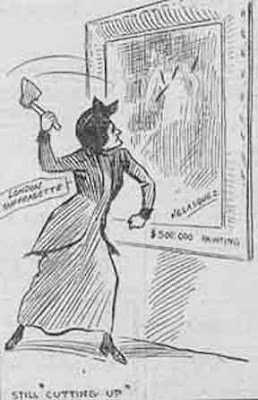 Mary Richardson of the Women's Social &
Political Union slashed a Velasquez
nude in the National Gallery in 1914.

The year 1913 saw increasing militancy among women demanding the vote, particularly in England. WSPU members had been using civil disobedience to focus attention on their demands. Using tactics learned from the anarchist movement, members began to focus on "The Deed," acts of terrorism . 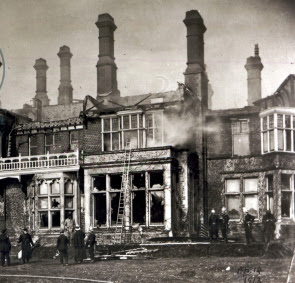 Houses of opposing politicians were torched. 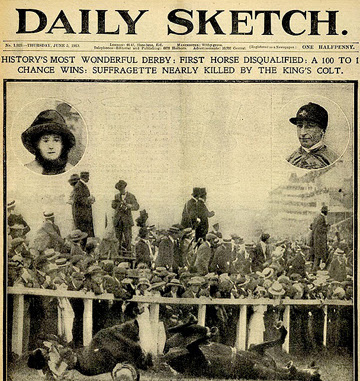 The most shocking event was the death of Emily Davison who stepped out onto England's Epsom Downs track in front of the King's horse in the middle of the Derby, the June social event. The horse tossed her into the air and she died of her injuries a few days later. Jockey 22-year-old Herbert Jones was knocked to the ground but he and the horse suffered no significant physical injuries.

Was Emily's dramatic act an accident, a suicide or a protest gone awry?  She was a well-known militant in the WSPU. She'd been to jail several times, tried suicide before and had been accelerating her own rebellion by setting fires and throwing stones at government officials. 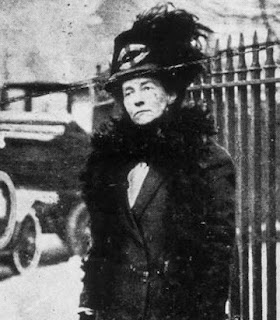 Emily Davison at 40, a month before she died


WSPU leader Sylvia Pankhurst wrote in her memoir that Emily and her roommate had planned "a Derby protest without tragedy - a mere waving of the purple-white-and-green at Tattenham Corner, which, by its suddenness, it was hoped would stop the race. Whether from the first her purpose was more serious, or whether a final impulse altered her resolve, I know not." Emily's  funeral befitted a martyr with 6,000 mourners walking through London's streets. 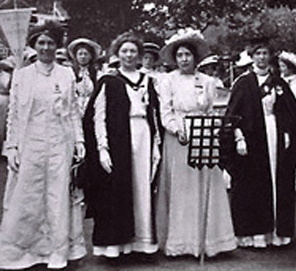 The King's jockey Herbert Jones said he was haunted by the memory of her face. When WSPU leader Emmeline Pankhurst died after the cause had been won, he left a wreath with the message, "To do honour to the memory of Mrs Pankhurst and Miss Emily Davison." He committed suicide in 1951. 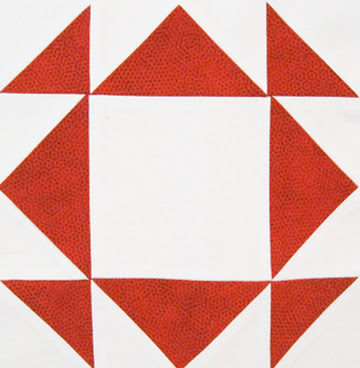 Try using BlockBase #2039
and add lines to make triangles in the corners in EQ...
or see BlockBase #2392 with the block on point.

Memory Wreath is a pattern from Ruth Finley's 1929 book Old Patchwork Quilts. She described it as a mourning block often made from the clothing of the departed. It's a variation of BlockBase #2039 also called King's Crown by the Kansas City Star. 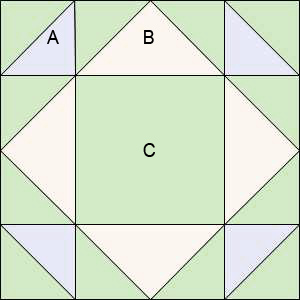 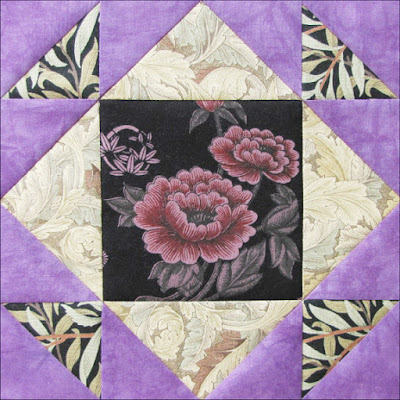 A century ago movie cameras recorded Emily Davison's martyrdom and her funeral. Click to see one version of the Derby catastrophe:
http://www.youtube.com/watch?v=siZ1rcIECdk

And here is her funeral procession:
http://youtu.be/Tbjzs8v6qsg

Decades later the BBC interviewed an eye witness to the act:
http://www.bbc.co.uk/archive/suffragettes/8317.shtml 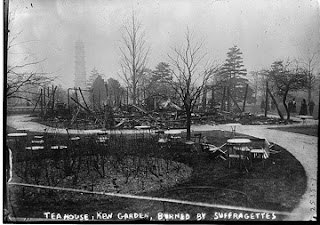