23. Girl's Joy: An Ounce of Persuasion 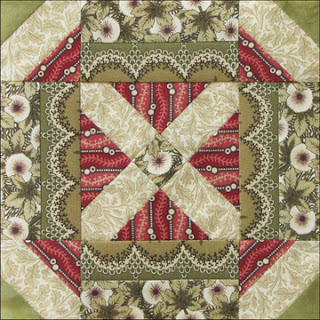 Artists in favor of votes for women also used humor to make their point. 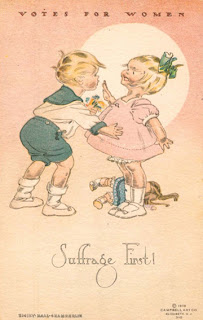 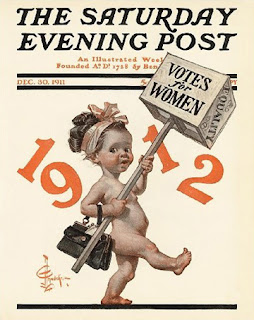 The leading magazine pictures the new year as a suffragist. 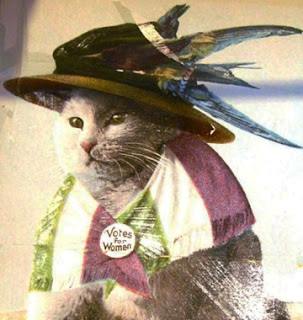 Rose O'Neill did postcard series of her famous Kewpies. 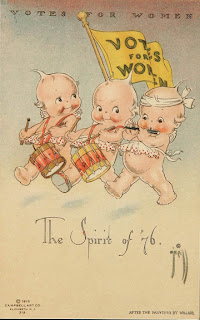 The National American Women Suffrage Association commissioned a series of postcards in the teens with the motto “An ounce of persuasion precedes a pound of coercion.” Postcards in favor of suffrage seem almost as numerous to those opposed. 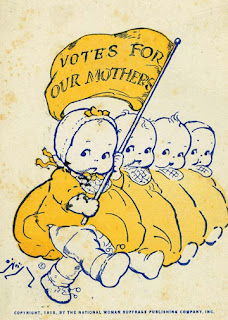 Kewpie dolls were the kind of subtle persuasion
that England's militant WSPU rejected as ineffective.

One could also ridicule the "Anti's" in cartoons. 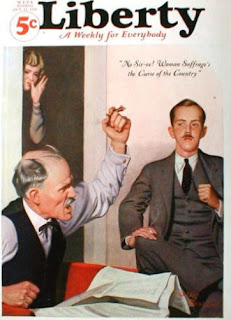 "No Siree. Women's Suffrage is the
Curse of the Century" 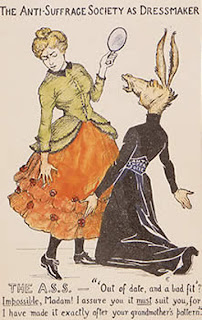 The Anti-Suffrage Society as an A.S.S. assuring
Madam that her grandmother's
pattern is not a bad fit. 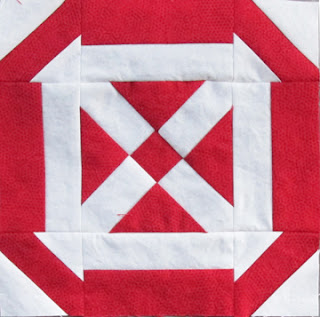 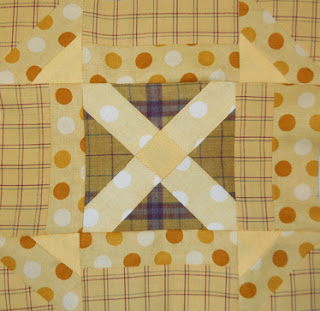 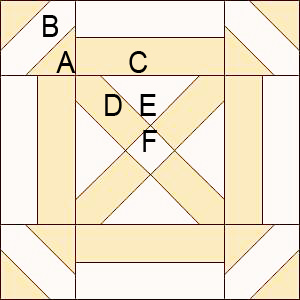 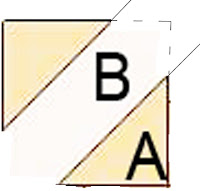 For rotary cutting you are going to cut
rectangles for B and D
and trim them later. 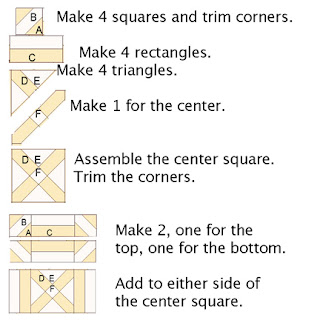 And here's a note for BlockBase users. Sometimes the rotary cutting instructions don't give you any instructions for odd shaped pieces like D and B above. You have to print out the template and measure it. I did that for you above for the 8" block. 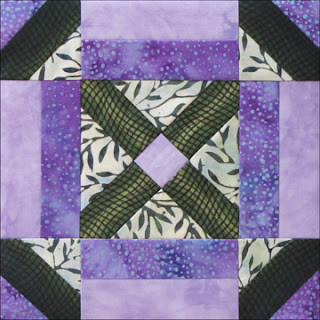 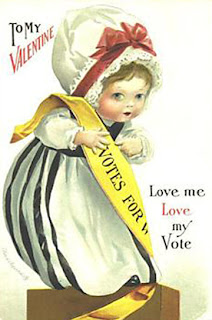 One of the most popular Suffrage Valentines.
Copy this and send it to your Valentine.

Read David M. Dinsmore's "How Suffragist Postcards Got Out the Vote" post on the MS Magazine blog.
http://msmagazine.com/blog/blog/2010/03/31/suffragist-postcards/
Posted by Barbara Brackman at 6:00 AM