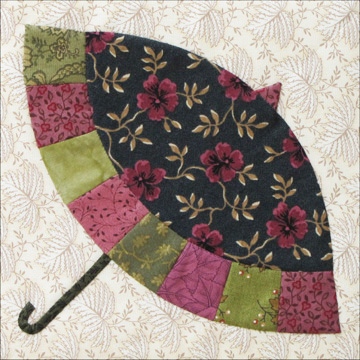 
Patty's Summer Parasol, a play on the Double Wedding Ring pattern, was published in the Kansas City Star in 1953. We can use the pieced and appliqued design to recall how American women used parasols as an emblem of their cause. 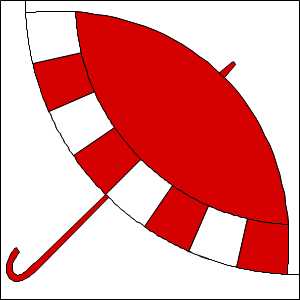 When sunshades were summer necessities, a symbol of women's delicacy, they also became a visual image in women's determination to obtain the vote. 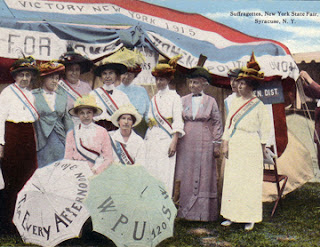 A parasol could serve as billboard, here advertising suffrage teas---another adaptation of a traditional female institution into powerful public relations. 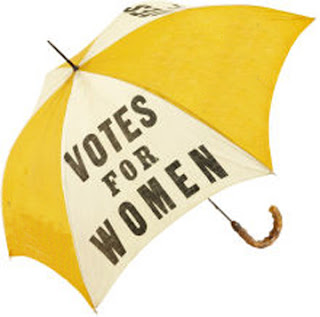 The message at its simplest was "Votes for Women." 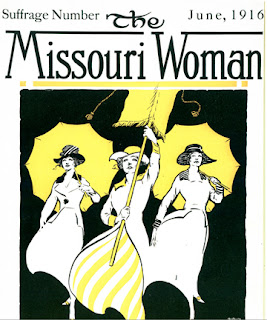 During the 1916 Democratic convention in St. Louis where Woodrow Wilson was nominated for a second term, a "Golden Lane" of women wearing yellow sashes and carrying parasols lined the streets, a "walkless, talkless" protest reminding delegates every day of activists' persistence. 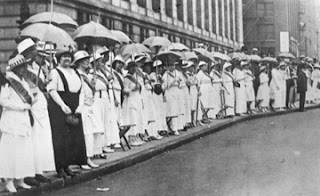 Three years later when the Missouri Legislature voted on ratification, women in the galleries applauded and waved yellow parasols after each legislator voted in favor of the 19th amendment. "As the certainty of the successful outcome of the roll-call was more apparent, the volume of cheering and the medley of the waving yellow sun-shades increased." The Southeast Missourian, July 15, 1919 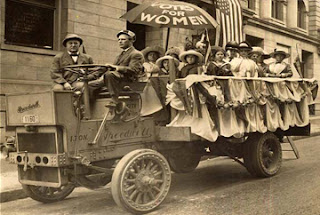 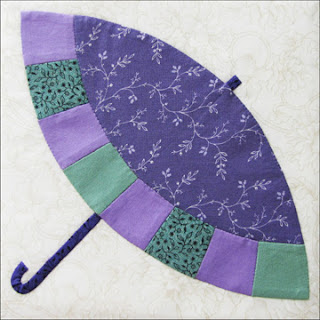 The Parasol by Becky Brown

The parasol pattern is BlockBase #951. 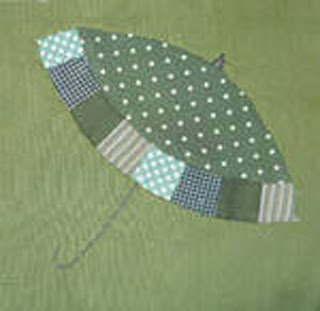 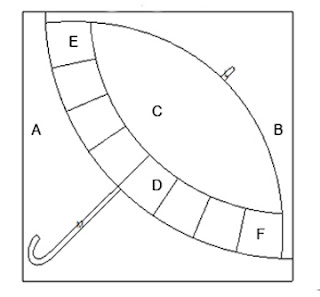 I re-numbered the ruffle pieces along the edge as three pieces. Cut 1 E, 1 F and 6 D
The Kansas City Star pattern had you piece the curved umbrella into the background but here you applique the umbrella to an 8-1/2" square and ignore pieces A and B, as Dustin and Becky did. 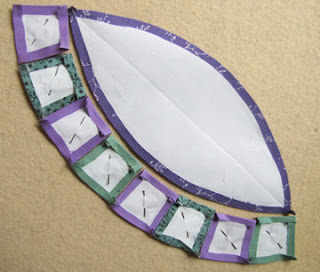 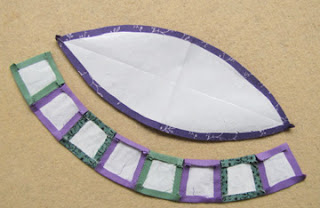 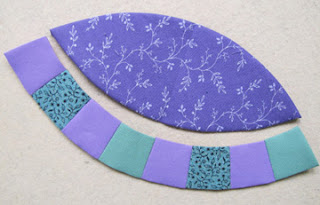 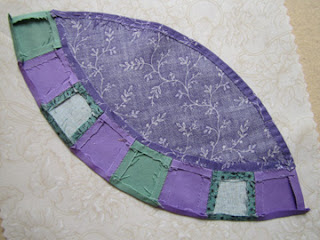 She then whip-stitched the ruffle to the umbrella and removed the paper.

After you have pieced the ruffle to piece C you can applique it with the handle and top knot. 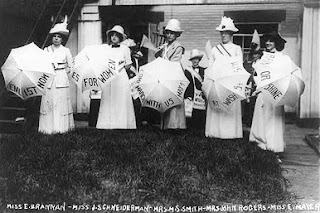 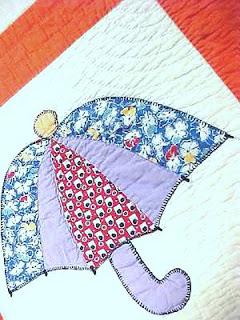 Here's a mid-20th-century pieced and appliqued parasol---
a different pattern, but just as cute.
Inspiration, perhaps. 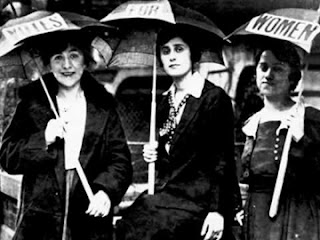