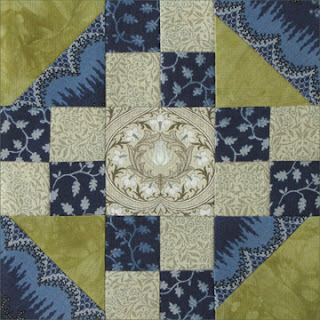 
Reading letters, diaries and fiction from the past occasionally presents problems with slang. Here's a short story in an 1863 issue of the Southern Literary Messenger titled "Evelyn Lochovel." A romantic crisis is upon the hero:
"Oh dear," cried Charles, with a groan of 'despair, "she is a blue, I must give her up. That would not suit me, cousin Mary."


A blue? There's a clue in the previous paragraphs:
"What do you think I found her doing the last time I was there?"
"Can't say," answered Charles, looking as if he was prepared to hear the most astounding news.
"Why studying German by herself, and mastering it too."


Evelyn is a blue---an educated woman (if self-educated), a blue-stocking. 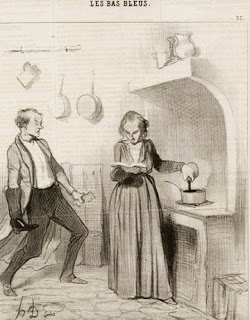 More description from the fiction of the time (1853).
"I understand he has the misfortune to have a blue-stocking for a wife, and whenever I have thought of going there, a vision with inky fingers, frowzled hair, rumpled dress, and slip-shod heels has come between me and my old friend, — not to mention thoughts of a disorderly house, smoky puddings, and dirty-faced children. Defend me from a wife who spends her time dabbling in ink, and writing for the papers."

The term blue-stocking was an insult, although many women wrote they were proud to be blue. The word implied a woman who read, who wrote (for publication, horrors!), who discussed ideas, literature, philosophy and history, who valued conversation over cardplaying. 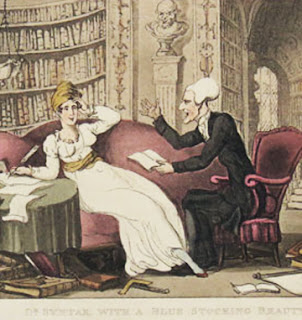 Dr. Syntax by Thomas Rowlandson, 1820
This popular character had many adventures.
Here, looking for a wife,
he encounters a Bluestocking Beauty.
The subtleties of the insult changed with the generations but the negatives were that a blue was unfeminine, unattractive, slovenly, pretentious and a freak of nature. 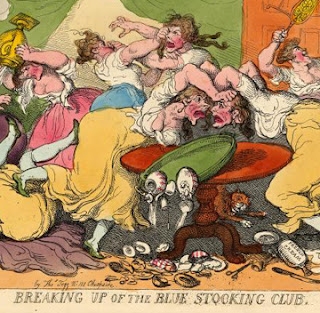 "Breaking Up the Bluestocking Club" by
Rowlandson, 1815
The term is traced to the time of London's Doctor Johnson whose biographer Boswell described the source in a women's literary salon:

"About this time it was much the fashion for several ladies to have evening assemblies, where the fair sex might participate in conversation with literary and ingenious men, animated by a desire to please. These societies were denominated Bluestocking Clubs; the origin of which title being little known, it may be worthwhile to relate it. One of the most eminent members of those societies, when they first commenced, was Mr. Stillingfleet, whose dress was remarkably grave, and in particular it was observed that he wore blue stockings [cotton stockings rather than fancier black silk stockings]. Such was the excellence of his conversation, that his absence was felt as so great a loss, that it used to be said, 'We can do nothing without the blue stockings; and thus by degrees the title was established.' Miss Hannah More has admirably described a Blue-stocking Club in her "Bas Bleu" [French for blue stocking] a poem in which many of the persons who were most conspicuous there are mentioned." 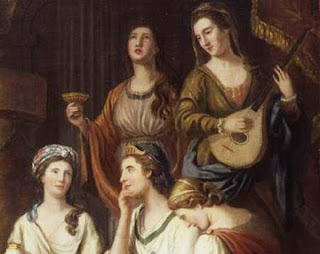 No country ever legislated a woman's right to show her intellect. Everyone has to choose that for herself.
Remember the Blues with True Blue, a nine patch published with that name by Hearth & Home magazine about a hundred years ago. 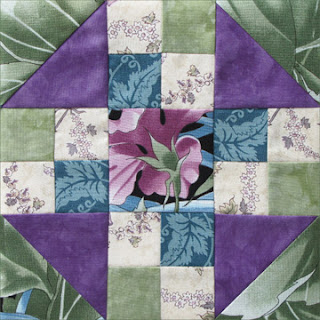 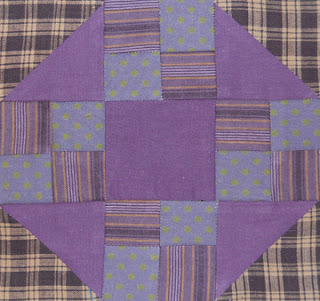 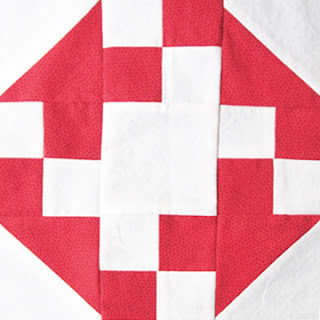 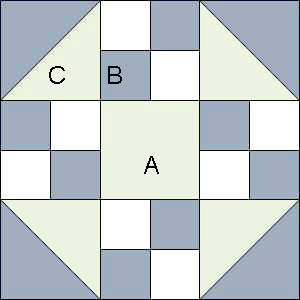 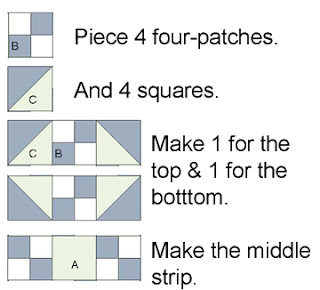 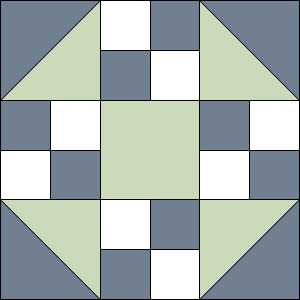 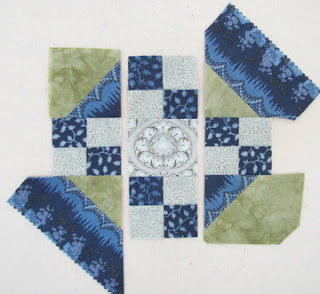 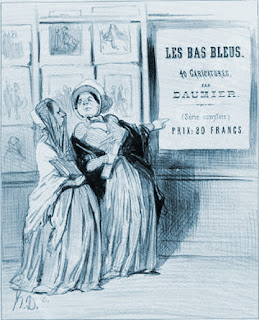 "THE following trifle owes it birth and name to the mistake of a Foreigner of Distinction, who gave the literal appellation of the Bas-bleu to a small party of friends, who had been often called, by way of pleasantry, the Blue Stockings. These little Societies have been sometimes misrepresented. They were composed of persons distinguished, in general, for their rank, talents, or respectable character, who met frequently at Mrs. Vesey's and at a few other houses, for the sole purpose of conversation, and were different in no respect from other parties, but that the company did not play at cards. "