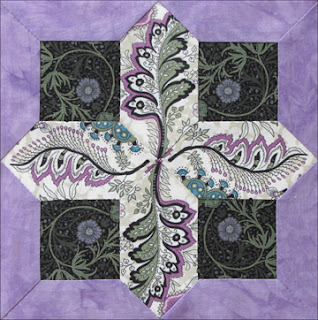 
Caroline Garlinghouse Houghton had a dream for her three daughters. Widowed and well-to-do, she set her sights on Bryn Mawr College for each girl. After being diagnosed with cancer at age 38 she spent her last months making preparations for the future. She did not want her daughters, ages 12 to 16, raised by rich relatives with very different values. 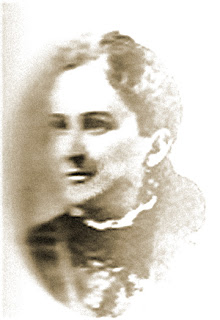 Before Caroline died she enrolled the girls in a secondary school that specialized in preparing girls for Bryn Mawr and rented them a house nearby. Her dreams were set aside once they were orphaned. Caroline's brother-in-law Amory Houghton took over the girls' guardianship. As president of Corning Glass Works he had the money and self-importance to believe he knew what was best for girls and that did not include a college degree. Katherine and Edith challenged their uncle in court and found their own guardian, a family friend who also believed girls should get an education. 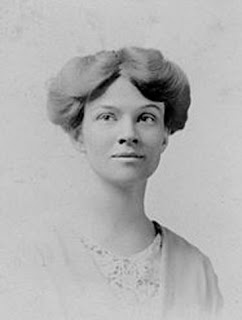 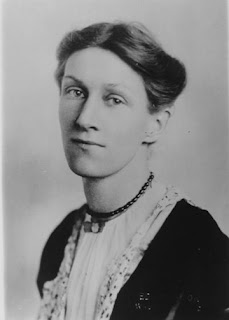 Each Houghton was active in social work, in the fight for women's rights and each raised her own children to believe in the equality of women and the necessity of having a voice. Marion was President of the Detroit Equal Suffrage League and of the League of Women Voters. Edith is remembered as an important figure in the fight for Maryland women's rights. She was an organizer and publisher, editing the Maryland Suffrage News and a later journal Equal Rights. 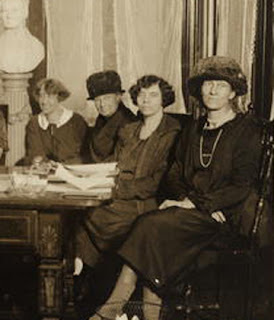 Edith Houghton Hooker in the 1920s at right,
seated next to Alice Paul

Katherine organized the Hartford Equal Franchise League and was president of the Connecticut Woman Suffrage Association. She and Edith, influenced by Emmeline Pankhurst and Alice Paul, were members of the more radical arm of the American women's movement, the Women's Suffrage Party. 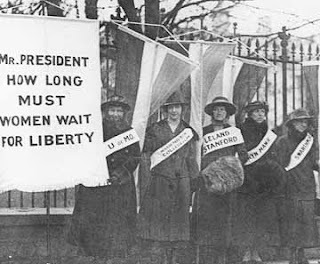 Katherine's daughter remembered picketing the
Wilson White House as a child with her mother.
The woman wearing the Bryn Mawr banner
above might very well be a Houghton. 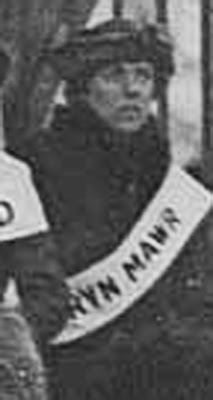 Once the battle for women's suffrage was won Katherine fought to legalize birth control with childhood friend Margaret Sanger. She was on the Board of Directors of Sanger's National Committee on Federal Legislation on Birth Control. 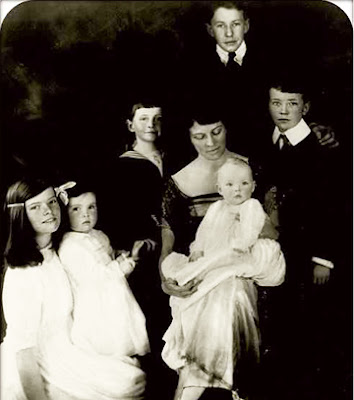 Katherine Houghton Hepburn with her six children about 1920

Katherine's main claim to lasting fame has been her namesake daughter Katherine Hepburn, the movie star, who told Life Magazine in the 1940s, "My mother is important. I am not."

Grandmother's Dream can recall Caroline Houghton who never knew her grandchildren but whose dreams lasted beyond her death. 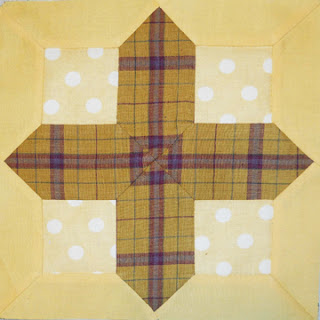 
The pattern is a variation of one given that name by the Ladies' Art Company pattern house (BlockBase #4107.)

BlockBase #4104
is the variation here. 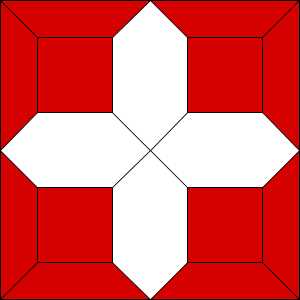 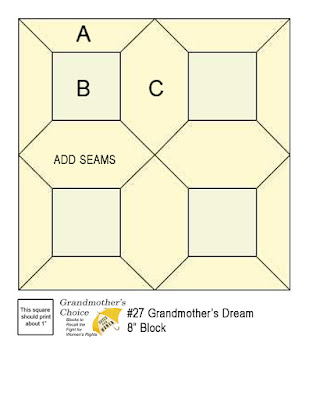 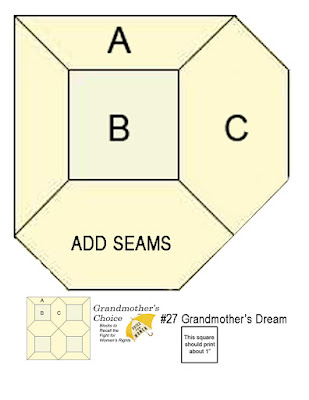 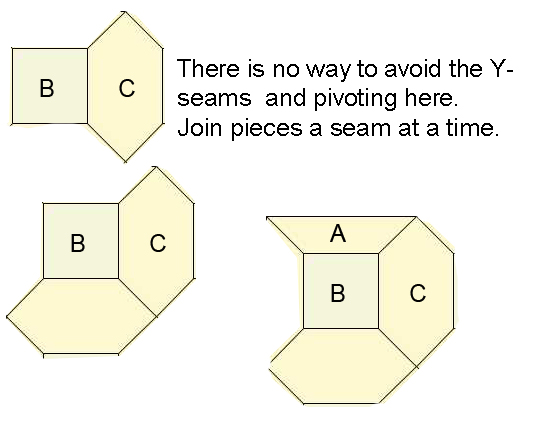 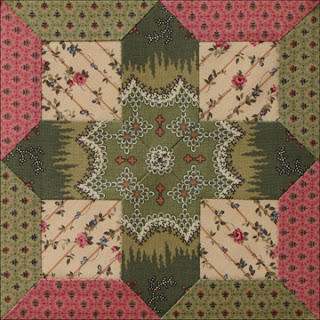 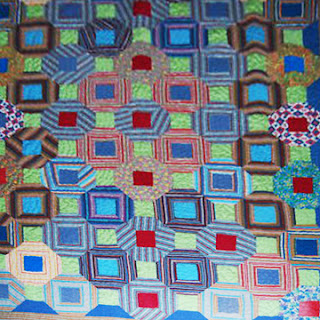 The pattern, made this week as a block, was also done as a mosaic type of design made of a square and an elongated hexagon. Here's a cheerful version from the 1940s or '50s.