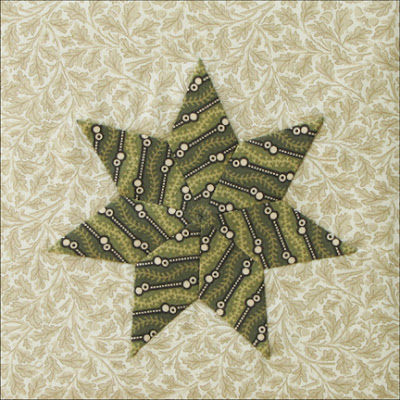 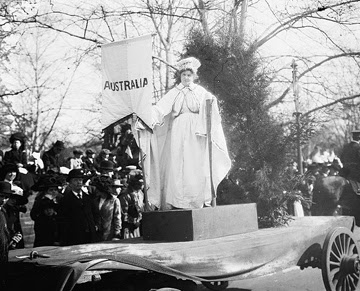 Australia's representative in the 1913 march in Washington
at Woodrow Wilson's inauguration.

Between 1894 and 1908  women won the vote in all six of Australia's states. Proud to be an example of success, Australian suffragists traveled to the United States and England to march and speak. 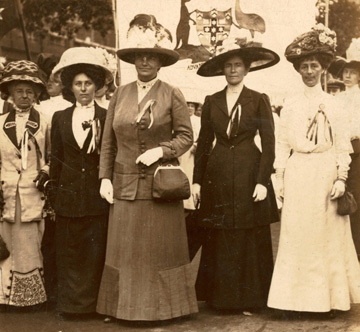 Women's rights leaders in London marching at King George VI's
coronation in 1911 with a banner featuring the
Australian Coat of Arms behind them.
Center: Margaret Fisher,  To her right Emily Magowan,
both wives of Australian politicians.
In white on our right suffragist Vida Goldstein. 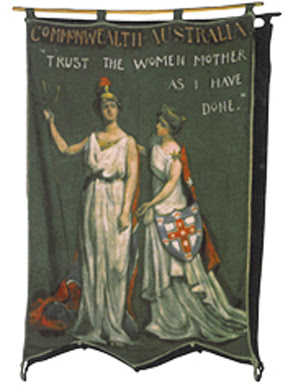 Here's another banner carried in that London parade, painted by Dora Meeson Coates in 1908, now in the collection of the Parliament House Art Collection. The younger woman wearing the coat of arms represents trend-setting Australia who is advising her mother Britannia to adopt women's suffrage:  "Trust the Women, Mother, As I Have Done." 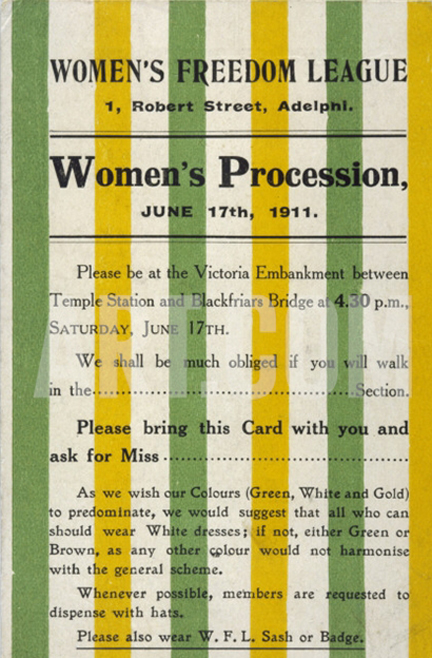 Some Australian suffragists adopted the colors of England's Women's Freedom League, green, gold and white. This invitation to a 1911 London procession gives detailed instructions about what to wear to "harmonize with the general scheme." 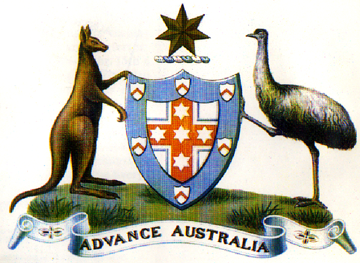 Australia's first Coat of Arms (1908-1912) featured a kangaroo, an emu and, above them, a seven-pointed star with points representing the Commonwealth's six states plus one point for the territories.

The "Trust the Women" banner holds an important place in Australia's  history. It was found in an English library in 1988, recognized from the old photos and purchased by the Australian Bicentennial Authority. 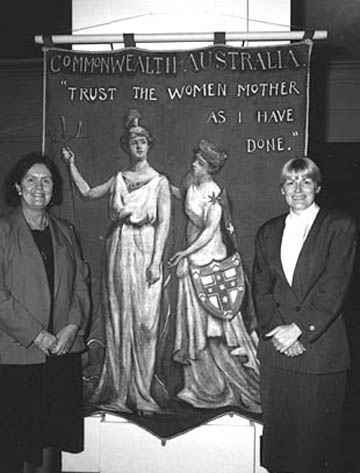 Here two politicians, Margaret Reynolds and
Ros Kelly pose with the banner in 1988,
the year it was donated to Australia by Edith Hall. 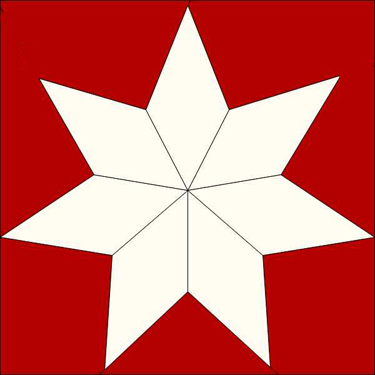 A seven-pointed star is a feat of geometry, something not found in the published quilt pattern literature or BlockBase. However, one can draw an Australian star in Electric Quilt. (I found a picture of a 7-pointed star and imported it to trace.)

Or click on this picture and print it out the size you want it. 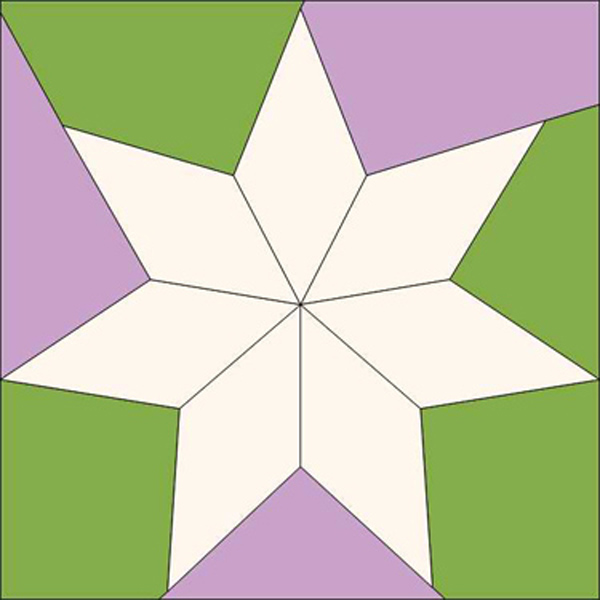 For piecing I'd cut one copy of each template around the edge.
The 7 star points are identical.

Better yet, I'd applique it as Becky did. That requires only one template for the diamonds and
an 8-1/2" background square. If you want to re-size it---shrink or enlarge. 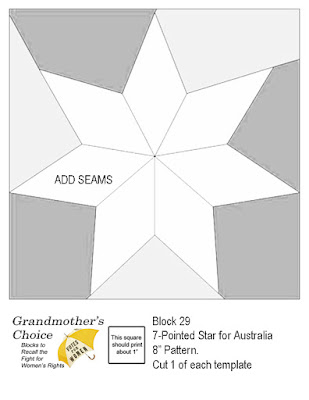 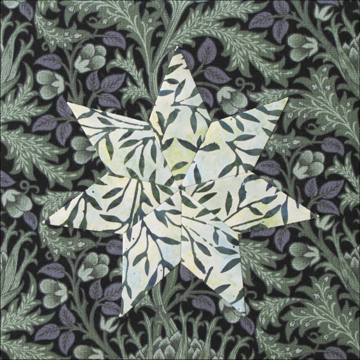 You may notice that Becky's star is smaller than the one I drafted.
Here's what she says:
"I took the chicken way out, as I was fearful of star points landing all over the place. So I kept away from the edges and drafted my star based on a 6" block. 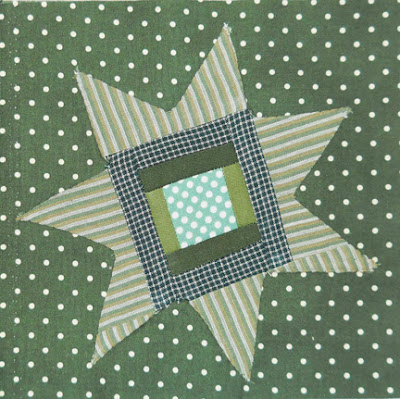 A single star---7 points or not---is too dull for Dustin so he added a little something. I think he traced the  star outline onto a piece of patchwork he already had and appliqued the whole thing down.

It will be fun to see what everybody comes up with. 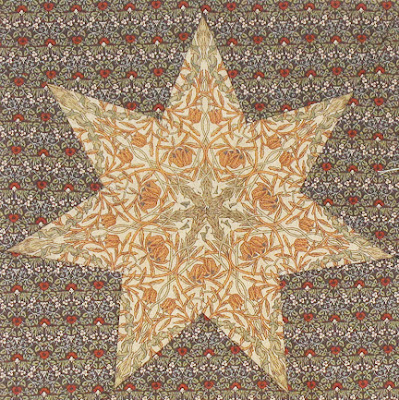 And hear an interview with Matters here:
http://www.bbc.co.uk/archive/suffragettes/8315.shtml

Below templates for a 12" Block. 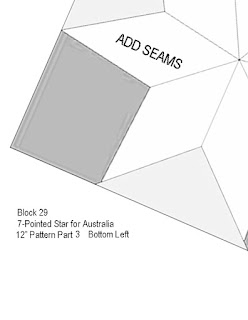 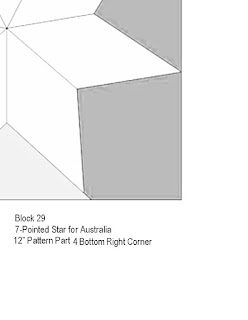 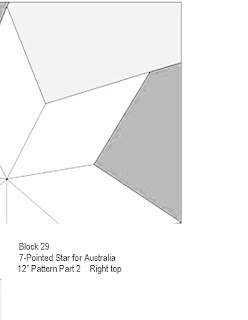 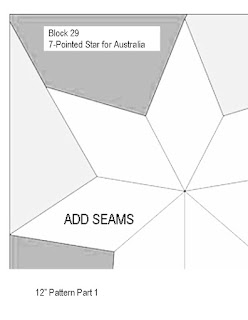