End of the Weekly Posts and a Label 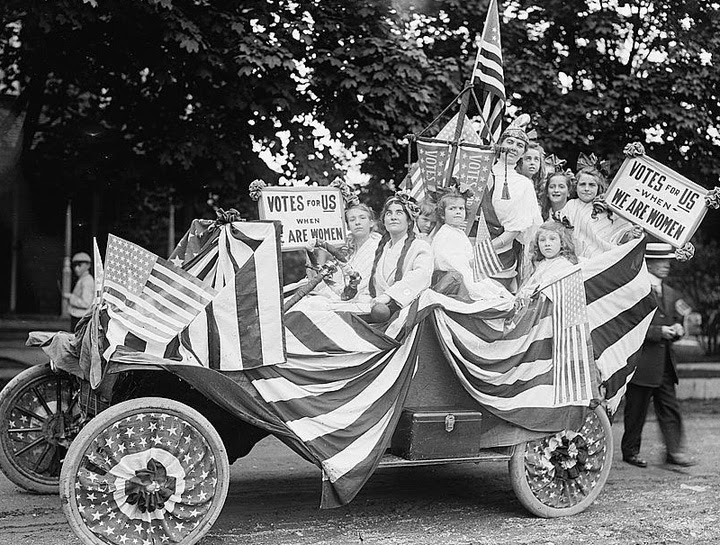 This journey into the history of Women's Suffrage is coming to an end. Thanks to all of you around the world who accompanied me in the weekly posts.
Below is a free printable label. Click on the picture; save it to a JPG or a Word file and print it on prepared cotton. The file is a little more than 4 inches wide by 6 inches long. 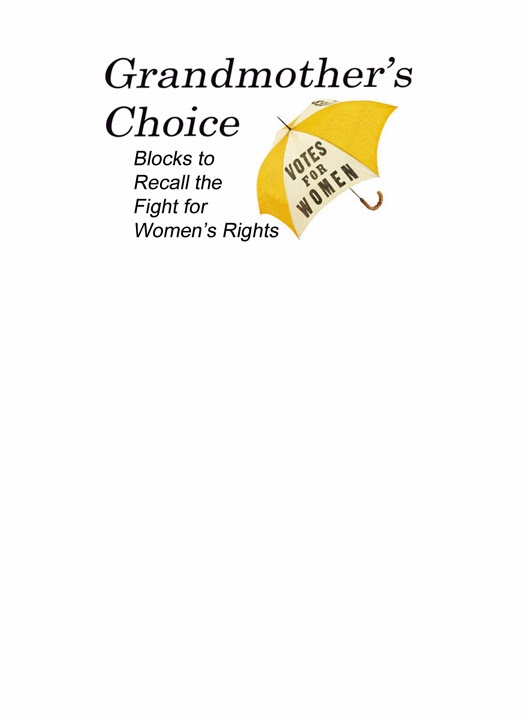 I've been posting weekly here for a year but I'm going to turn my attention to two new free online projects. I know some of you are working on finishing your tops for Grandmother's Choice and when I find finished tops I'll post them here on an irregular basis. You might want to subscribe to email posts so you get the new posts in your email box.

Special thanks to Becky, Dustin and Georgann who made the model blocks and to all of you who posted your progress on our Flickr page. 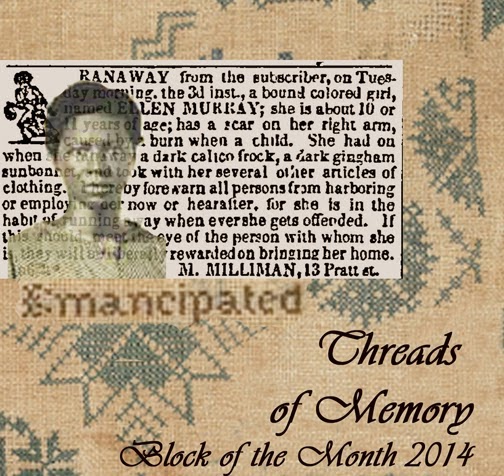 The Threads of Memory Block of the Month begins today January 25, 2014 on my Civil War Quilts blog. We'll spend 2014 in tales of slavery and the Underground Railroad with accurate stories of how the road to freedom worked, told through first person accounts. 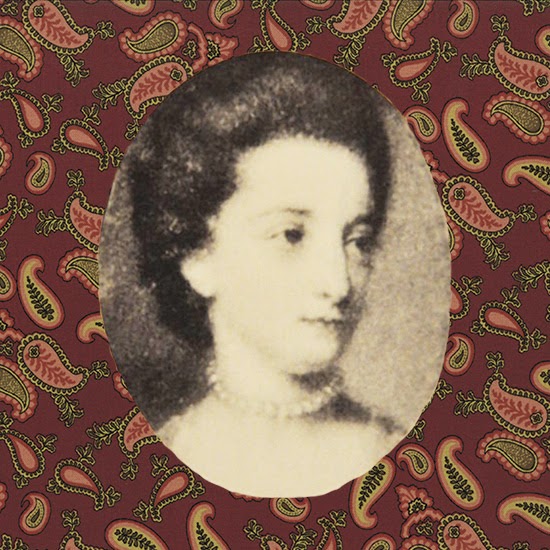 And because so many of you like the challenge of a Block of the Week I am working on a new 36-week sampler quilt called An Austen Family Album, which will include pieced blocks for Jane Austen's friends, relations and others who shaped her world. I'm reading about the Austen family and late Georgian and Regency England to add historical context. I've always been confused about things like the difference between a guinea and a pound, what an entailment entails and just where Hants is. You British readers will be amused by an American's attempt to explain it all for you.

I plan to start posting the Austen Album blocks in the first week of April, 2014 and will do a weekly post on Sundays throughout the rest of 2014.

Here's the address where I am working on the layout, etc.
http://austenfamilyalbumquilt.blogspot.com/

Posted by Barbara Brackman at 6:00 AM 15 comments: 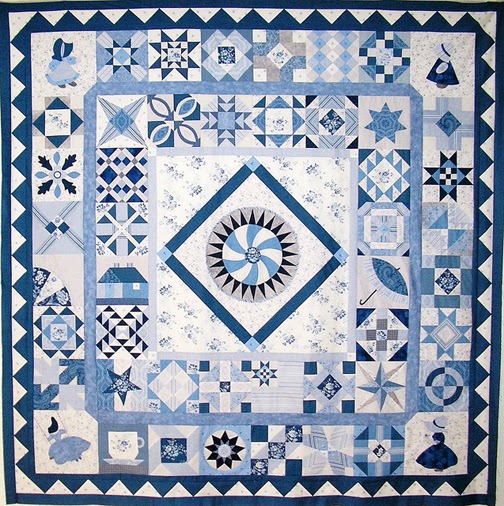 Grandmother's Choice by
Kathie at MagpieMemories

Kathie united the many different blocks by focusing on the blues in a medallion set. 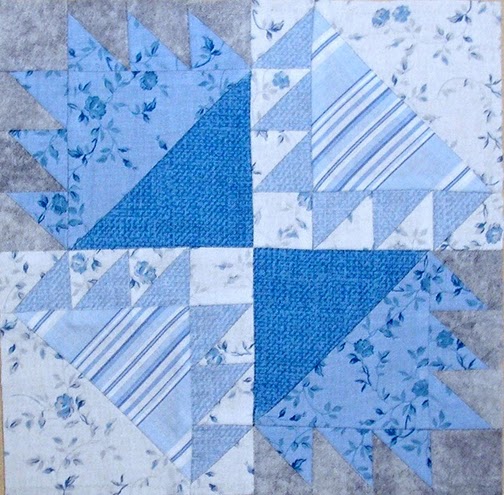 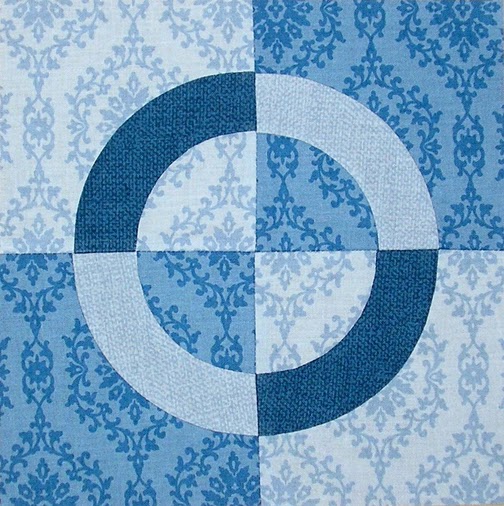 And do notice that she likes to applique so much she put FOUR versions of the Sunbonnet Sue in the corners!

Tops With and Without Sashing 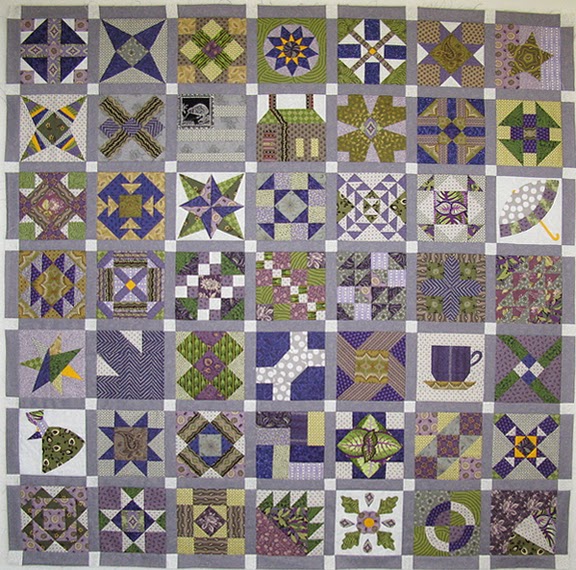 Grandmother's Choice
By Pip at RestisnotIdleness 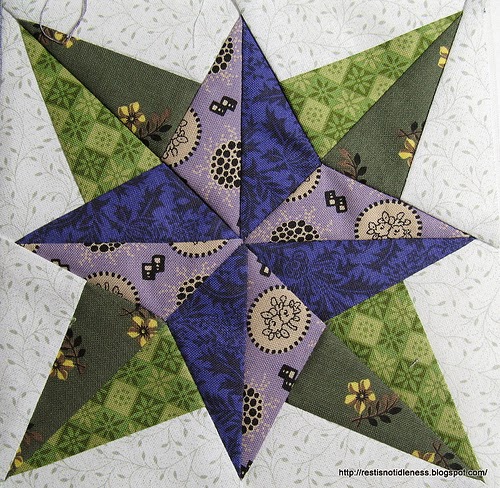 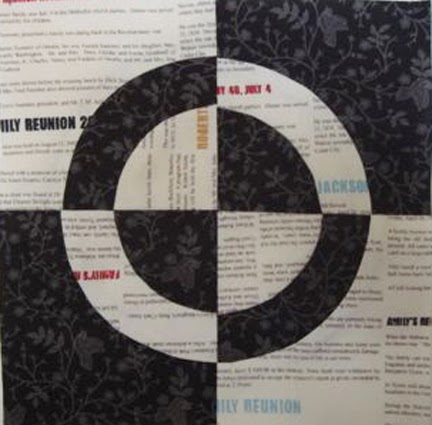 Congratulations to all you finishers!
Posted by Barbara Brackman at 6:00 AM 3 comments: 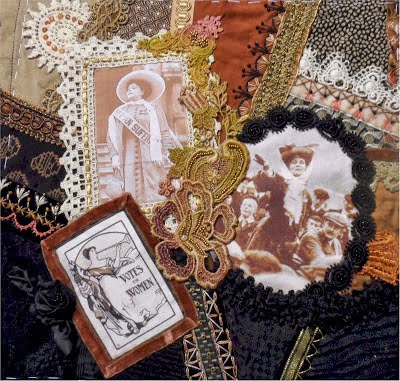 Gerry Krueger is making a spectacular crazy quilt on the theme of Women's Suffrage.

It has nothing to do with the Grandmother's Choice Sampler but I thought you'd be impressed.

She's printed some of the many online photos of the fight for the women's rights and embellished them in late- Victorian-style. 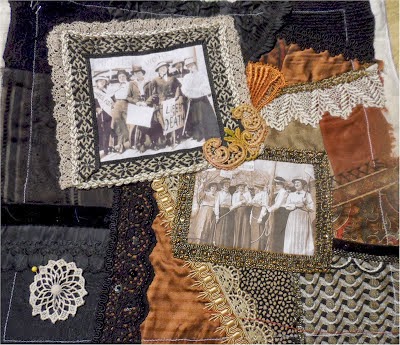 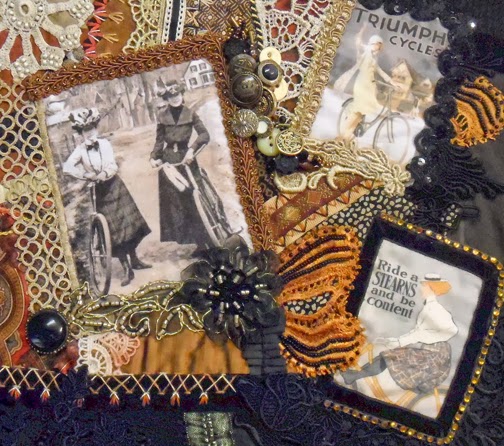 This link should show all her posts on her suffrage quilt:
http://olderrose.blogspot.com/search/label/suffrage%20quilt
Posted by Barbara Brackman at 6:00 AM 5 comments: