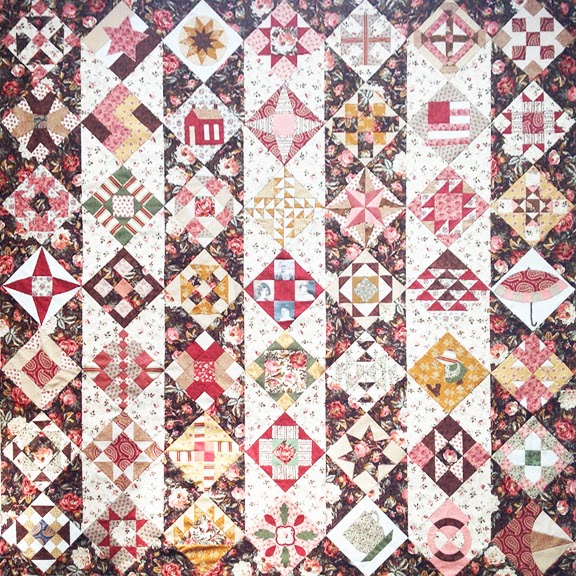 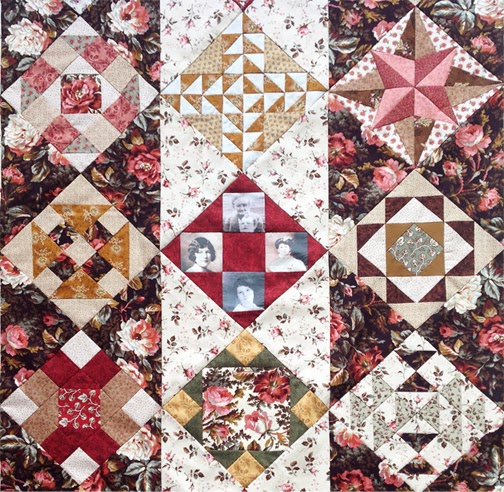 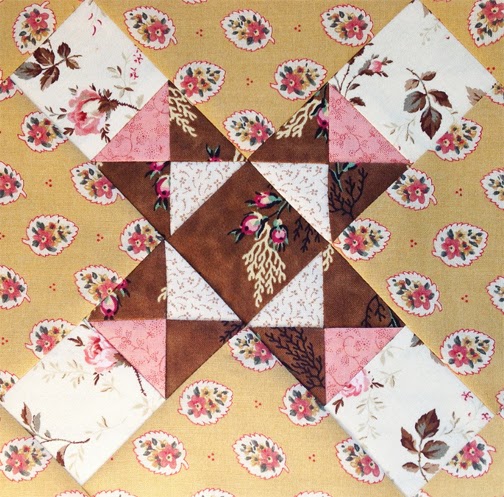 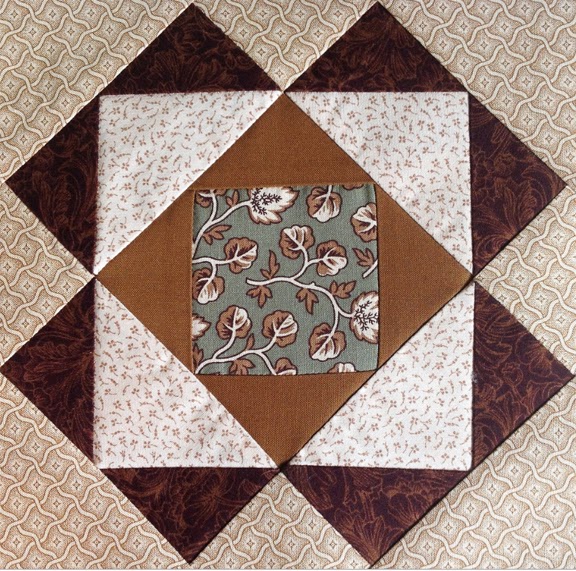 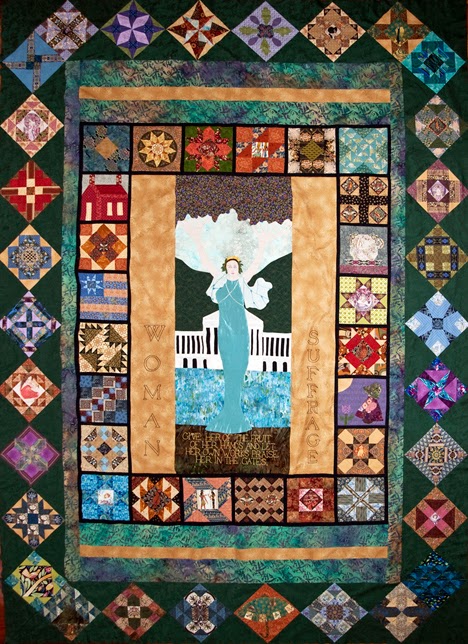 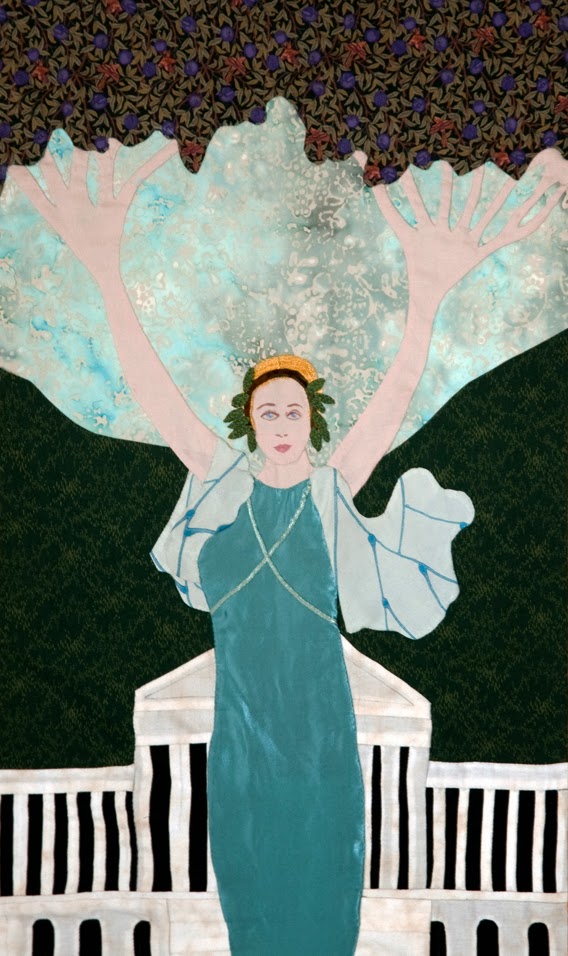 Dianne writes to say she has finished her sampler this week. The center was inspired by a Women's Suffrage poster painted by Evelyn Rumsey Cary (1855-1924) about 1905. 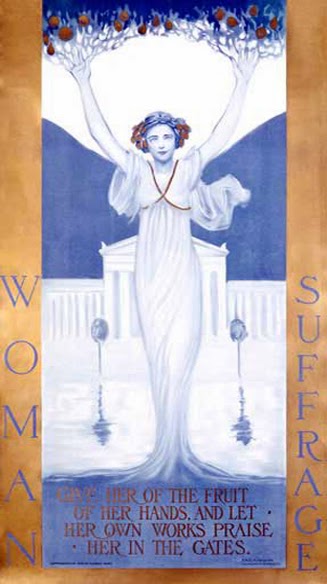 '
The painting for this poster is now in the collection of the Wolfsonian Museum at Florida International University. Click here: http://digital.wolfsonian.org/WOLF002830/00001?search=rumsey+=cary 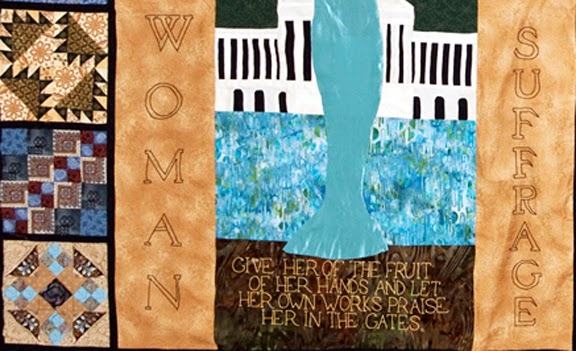 Dianne stitched it all by hand and did some ripping, resewing and accidentally stitching it to her clothes before getting it done last Tuesday. 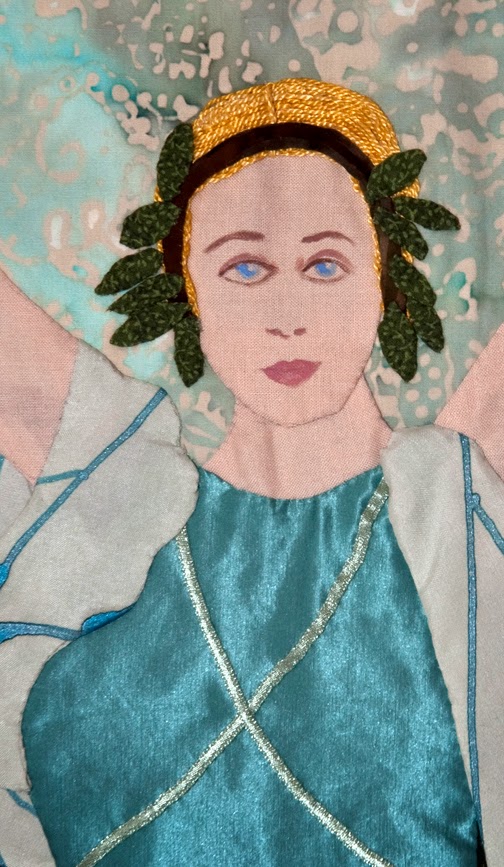 She asked friend Don Harris to paint the face. 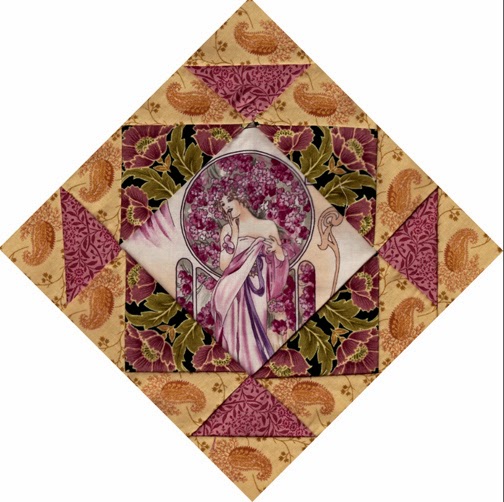 There is much symbolism in the color and fabric choices. She wanted to represent the time period 1875-1920 when the fight for the vote was at its most intense.

She combined "William Morris prints, art nouveau, art deco, a collection of fabrics called Valley of the Kings to represent the archaeology going on at the time.... a damask fabric to represent all the damask tablecloths women have had to iron over the years, and the black framing is to represent the tracery in the stained glass that is so representative of the era," 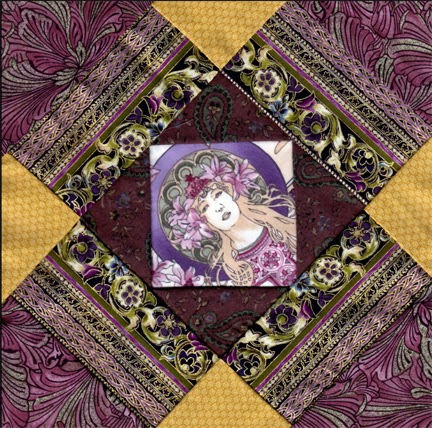 And do remember her striking Civil War Sampler quilt---she loves to embroider.
http://civilwarquilts.blogspot.com/2012/01/little-quilts-embroidered-top.html
Posted by Barbara Brackman at 6:00 AM 3 comments: