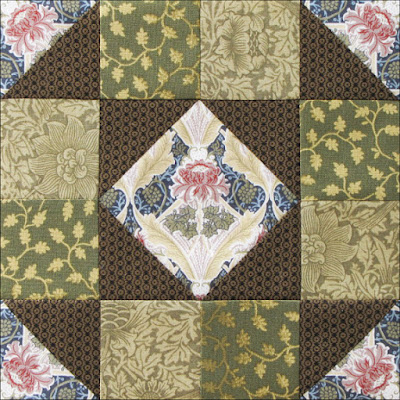 Wyoming was the first U.S. territory and subsequently the first state to legislate women full rights to vote and hold office. In 1869 the territory approved universal adult female suffrage. Cheyenne is the state's capitol city. 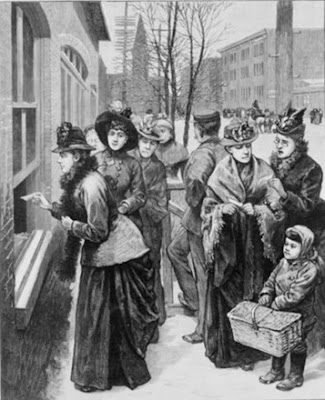 Women voting in Cheyenne made news
in Frank Leslie's Weekly, 1888. 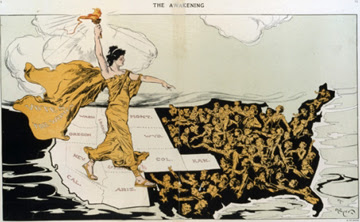 Wyoming was a pioneer in votes for women, followed by other Western states and territories. Here the west provides a beacon for eastern women, who are drowning in a sea of powerlessness.


Women's suffrage came first to the Western states for many reasons. It may be that pioneers settling a new territory are more innovative by nature. Frontier communities usually have few women so perhaps the ruling men perceive their voting bloc as less of a threat. Wyoming, still the most sparsely populated state, was hoping to attract more female settlers.  "We now expect at once quite an immigration of ladies to Wyoming," cheered the Cheyenne Leader. 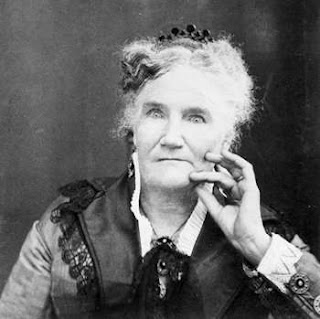 Inspired by a gold rush, Esther Hobart Morris came to Wyoming from Illinois in 1869 with her husband. Like many other suffrage pioneers she'd learned techniques of reform politics through involvement in the antislavery movement. She effectively lobbied the legislature in Cheyenne with the strategy of attracting female settlement with the promise of equal opportunity.

In 1870 Esther Morris was appointed to a minor government job in the gold-mining town of South Pass City. This post as female justice of the peace was considered the first government position by a woman (although one has always to be wary of the accuracy of "firsts"). 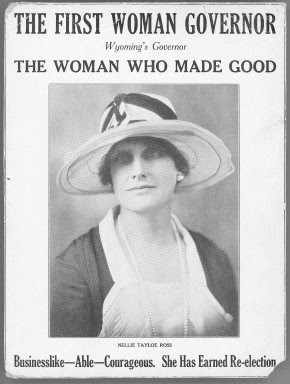 Wyoming achieved a truly documentable first when Nellie Tayloe Ross became the first female governor in 1925.*
(*Although there is an asterisk here---she was appointed to the office after her husband died in the job. She lost the re-election campaign a  year later when she ran on her own.) 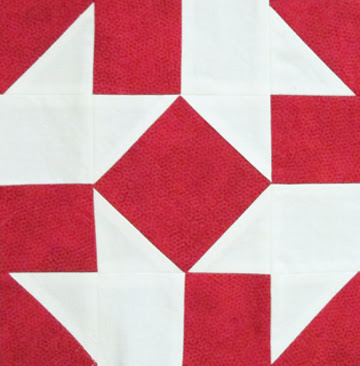 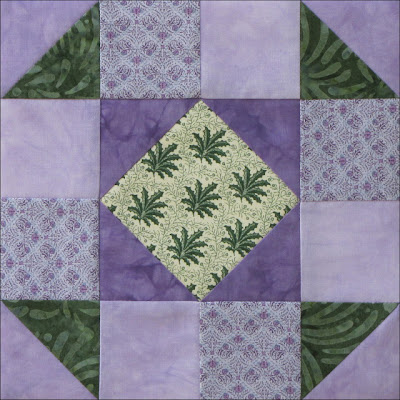 Cheyenne, given that name by Hearth and Home magazine about a hundred years ago, can remind us of Wyoming's firsts. 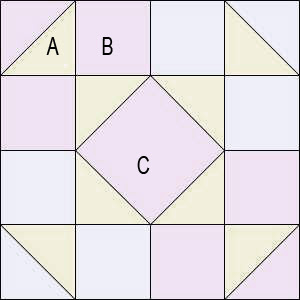 The red measurements come from the EQ rotary cutting default set to 1/16th inch rather than 1/8". 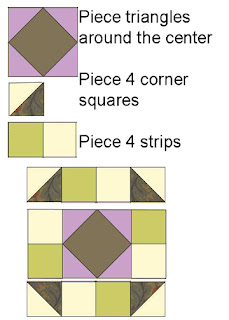 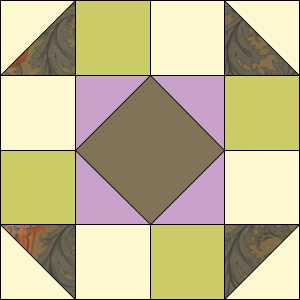 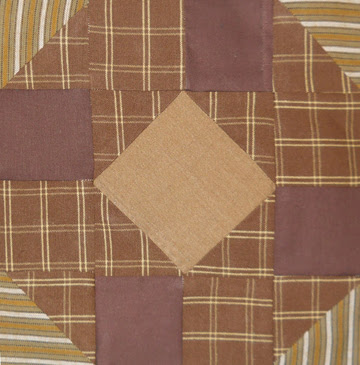 Cheyenne by Dustin Cecil
Dustin and Georgann shaded the block to look more like a pinwheel.