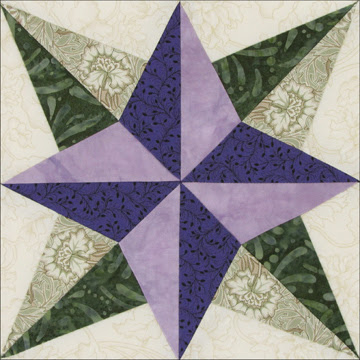 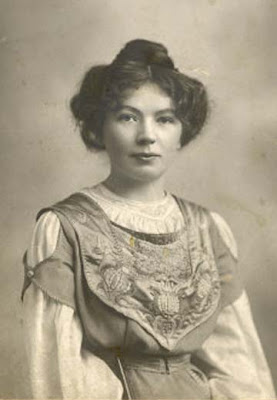 England's suffrage movement is personified in the Pankhurst family. No one had more influence on radical tactics, politics and propaganda than Christabel, the eldest daughter of a political family. In 1936 the King honored her for her leadership by appointing her a Dame Commander of the Order of the British Empire 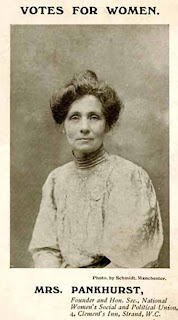 In 1903 Emmeline Pankhurst and her three daughters, Christabel, Sylvia and Adela, rebelled against the old-school National Union of Women’s Suffrage Societies (NUWSS) to form the Women’s Social and Political Union. Their motto: "Deeds Not Words." WSPU deeds began with disruption that resulted in arrests and accelerated to hunger strikes, arson, bombs, assault and death threats. 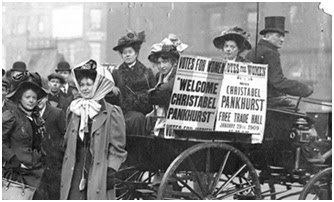 Emmeline and Christabel ignited religious fervor in WSPU members. Christabel, who had long been the center of her mother's life, became the center of the movement. For a decade her skills in publicity, in capturing press attention and her ever-increasing militancy transformed a polite, ineffective campaign into a terrorist cell of extremely well-dressed women. In 1913 a WSPU member died after throwing herself in front of a horse in the Derby race. The same year unknowns bombed politician David Lloyd George's home. 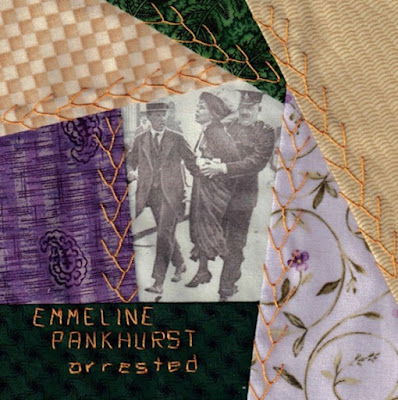 In 1914, the year World War I called a halt to their crusade, suffragettes slashed museum paintings with meat cleavers. A statement by a WSPU member:


"I have tried to destroy a valuable picture because I wish to show the public that they have no security for their property nor their art treasures until women are given political freedom." 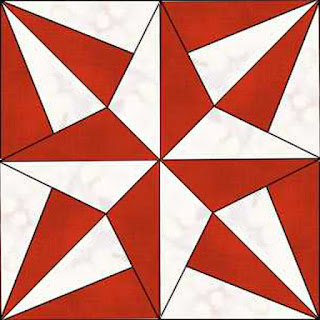 A 2-color version of Mothers Delight.
It took me a while to figure this out.

Vera Brittain in boarding school during the early teens remembered the WSPU.
"The name of Mrs Pankhurst was a familiar echo in my school days...an echo that grew louder as her exploits gathered publicity." Vera listened silently at her mother's tea parties to the older women criticizing the "suffs" as a "screaming sisterhood." 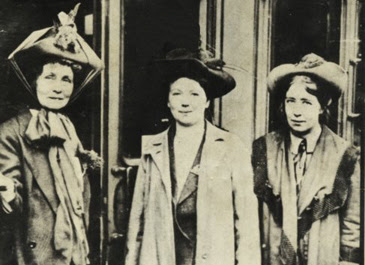 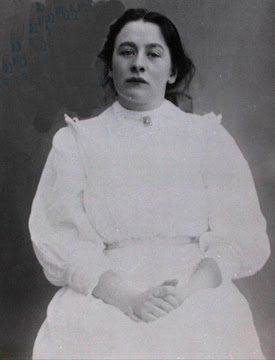 When she criticized their tactics Adela was given a one-way ticket to Australia by her mother and eldest sister. "One of Adela is too many," was Christabel's opinion. Adela never saw them again. 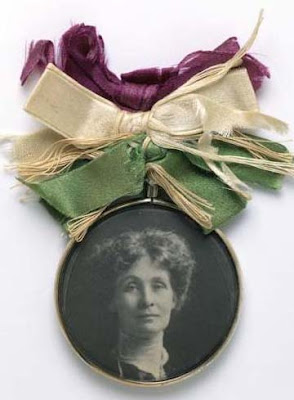 Portraits of the Pankhursts were sold at the WSPU shop.
Emmeline's is topped by the official colors.
It is hard to imagine the fight for the vote without the Pankhursts but reading their biographies raises second thoughts about ranking such obsessive and manipulative women as heroes.

Did the Pankursts and the WSPU hurt or harm the cause, or were they irrelevant? First-person accounts by a variety of English people reveal how little their presence affected the lives of the average person. Women in the United Kingdom obtained the right to vote (property owners over 30) in 1918, four years after the WSPU ceased suffrage activities.

Monument to Emmeline Pankhurst in
Victoria Towers Gardens, erected in 1930 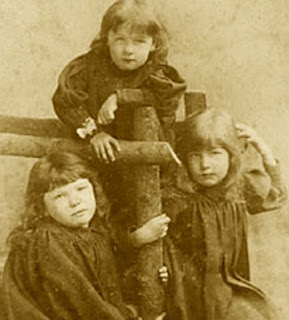 The Pankhurst Girls about 1890 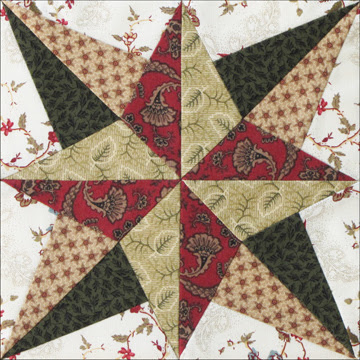 Yet we can remember how one family radicalized the movement and dominated the publicity with Mother's Delight, a pattern published by Carlie Sexton in 1930.

BlockBase #1237b
(If you want to search by number for the pattern in BlockBase remember to add the b.) 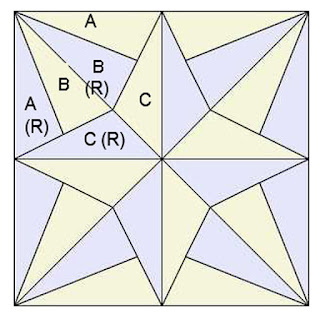 See the patterns for two different sizes. The 8" pattern includes seams. The 12" pattern does not, so add them. 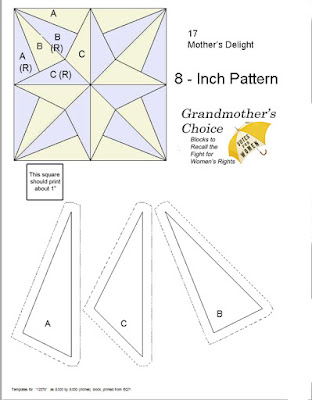 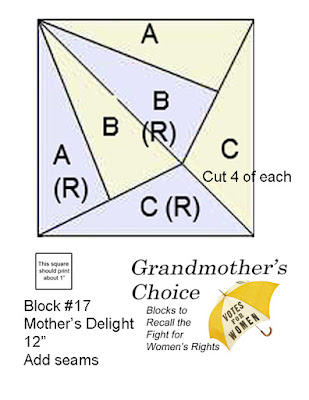 It's fairly easy to piece if you can keep the direction of the pieces straight. Lay it all out before you stitch. 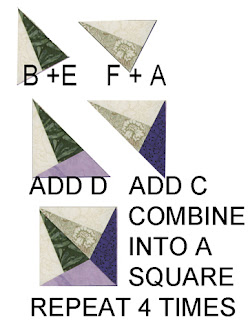 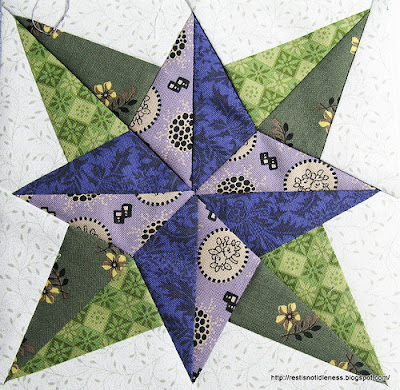 Mother's Delight by PIP at RestIsNotIdleness 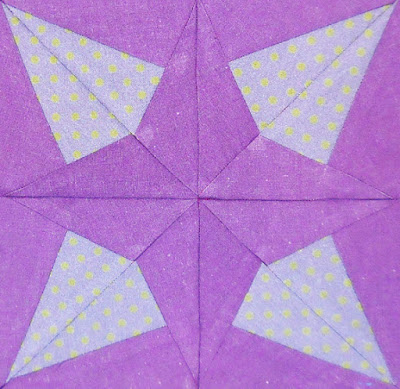 Mother's Delight
By Dustin Cecil
Read Emmeline's side of the fight here:
My Own Story by Emmeline Pankhurst
http://www.gutenberg.org/files/34856/34856-h/34856-h.htm
And Sylvia's here:
The Suffragette: The History of the Women’s Militant Suffrage Movement  by Sylvia Pankhurst
http://books.google.com/books?id=SAdAAAAAYAAJ&source=gbs_navlinks_s
See the 1974 BBC mini-series Shoulder to Shoulder about the Pankhursts.
Here are 2 short You Tube scenes
http://www.youtube.com/watch?v=IvkdONC3n-0
http://www.youtube.com/watch?v=_oGB3Df4JWg


You can actually hear Sylvia discuss her mother in this 13 minute 1953 BBC program (There is no dish---just a polite summary):
http://www.bbc.co.uk/archive/suffragettes/8300.shtml

And read a transcript of the May 5, 1914, London Times story about the attack on a Sargent painting:
http://www.jssgallery.org/Letters/Notes/The_Times_May_5_1914.htm
Posted by Barbara Brackman at 6:00 AM