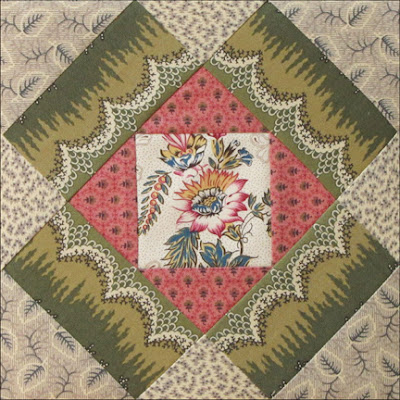 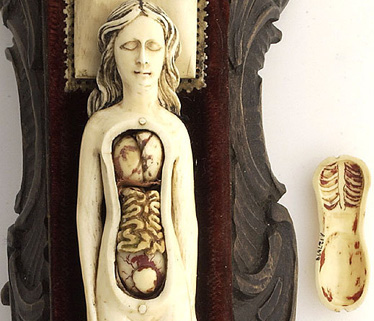 Ivory models revealed the secrets of female anatomy
for doctors.

Last fall's (2012) American political campaign reminded us that misconceptions and misinformation about female anatomy persist despite contrary scientific evidence. The mysterious biology of female private parts has been used to restrain women throughout history. Any stretch towards freedom---from saddles to sewing machines--- has been characterized as dangerous to the nether regions by opponents of change. 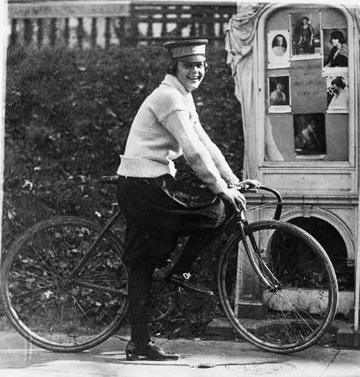 Charlotte Smith, president of the Women's Rescue League warned against the bicycle.

“My views as to the unhealthfulness of the bicycle have been pooh-poohed by many persons who talk more easily than they think.... I know, from information given me by doctors, of many surgical operations for abscesses and other troubles engendered by the bicycle. The saddle is a fruitful source of injury. I am not putting the case too strongly when I say that bicycle-riding is ruining the health of tens of thousands of women in this country, incidentally involving the physical welfare of generations yet unborn." 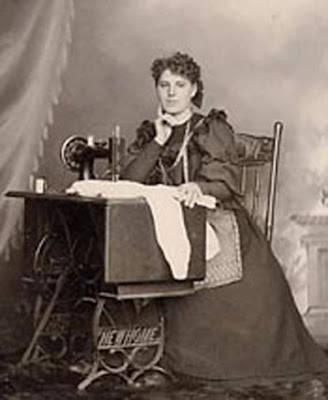 The treadle sewing machine could produce "morbid effects" warned the Boston Medical and Surgical Journal in 1871.

"Two young women, sisters, who, in consequence of the prolonged use of the sewing machine, were made sick, the one with metritis, the other with a very rapid development of an ovarian tumor. In these two apparently dissimilar cases, two different diseases sprang from the same cause, which had produced in each a congested state of the inter-pelvic ovaries. It is in fact by the production of a permanent congested state of the generative system that the use of the sewing machine brings about the most injurious and most undeniable morbid effects." 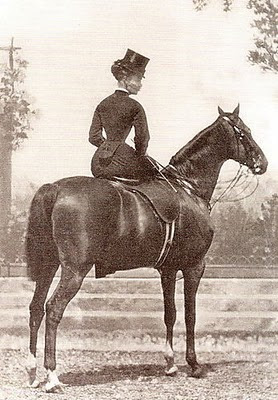 A century ago, advocates of the side saddle had a hard time finding medical opinions favoring the traditional female seat, which resulted in many spine-shattering accidents, but conservatives continued to argue that riding in that awkward position protected the virgin's hymen and the wife's fecundity.

Lady Greenall,  interviewed in a 1913 article in the Hobart (Tasmania) Mercury opined,

"A woman has not the strength of a man, and, therefore, is not able to take advantage of the astride position." The reporter inserted his opinion. "Most good women riders in England hold that a girl should ride astride up to the age of twelve and then use a side-saddle. This ensures that the girl runs no risk of curvature during her tender years." 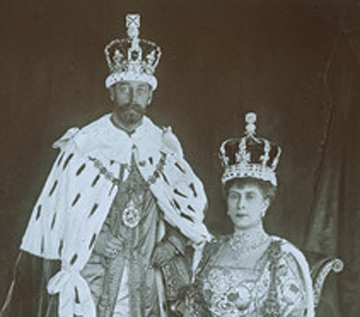 Understanding that social context gives us insight into the statement that Inez Milholland Boissevain (1886-1916) is making in these photos. An excellent rider, she led the 1913 Women's March on Washington astride a white horse. 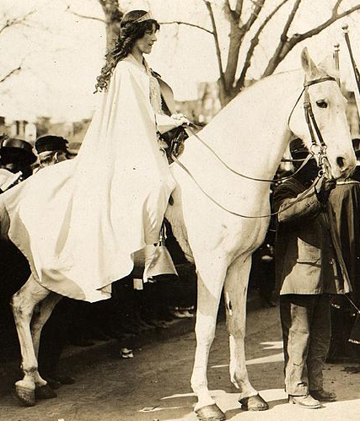 Inez Milholland.
Although the cape hides much of her,
everybody could see she was astride the horse. 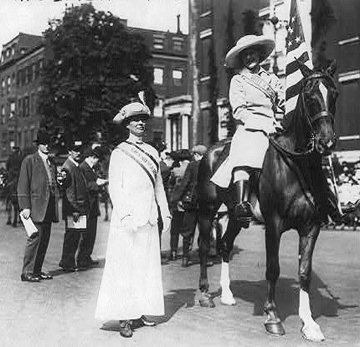 Another view of Milholland on parade. 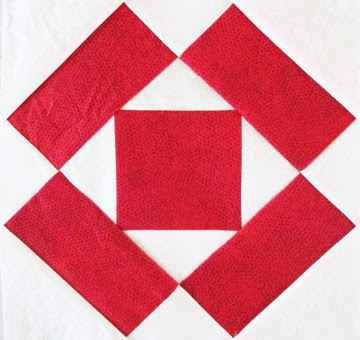 Nonsense seems the perfect block to recall that context. It was given the name by the Ladies' Art Company over a century ago. 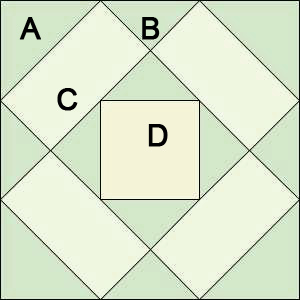 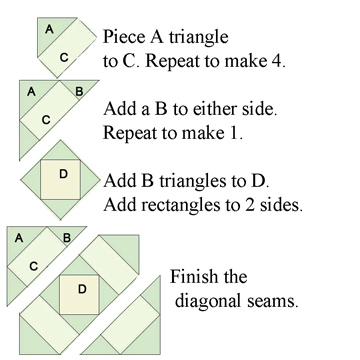 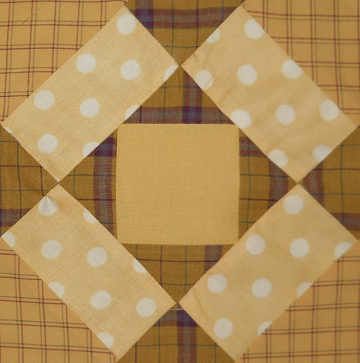 Cut each in half diagonally to make 2 triangles. 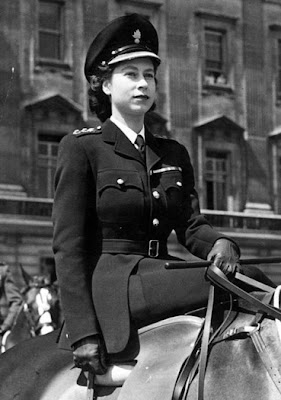 Read a biography of Inez Milholland Boissevain at the Vassar College website:
http://vcencyclopedia.vassar.edu/alumni/inez-milholland.html 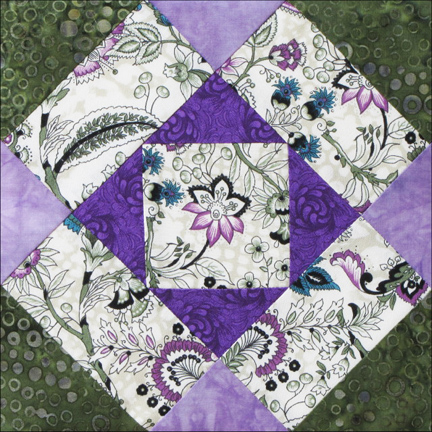