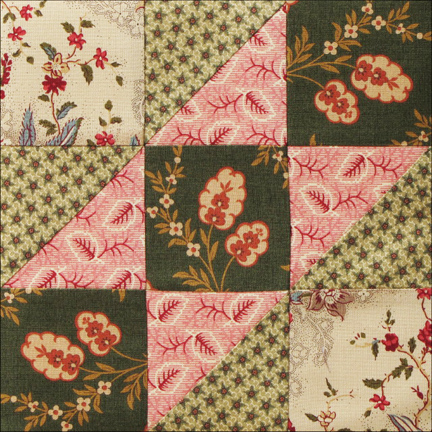 Contrary Wife
By Becky Brown
We've had a Contrary Husband block so must give equal time to the Contrary Wife and tell of a notorious divorce in mid-19th-century America, that of the Butlers of Philadelphia, Georgia and London. 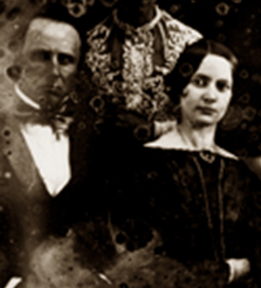 Frances Ann Kemble, born into an English acting family, captured America's attention in an 1832 tour. She also captured the heart of wealthy young Pierce Butler Mease, who had changed his name to Pierce Mease Butler to inherit his grandfather's estate, a fortune based in slavery. 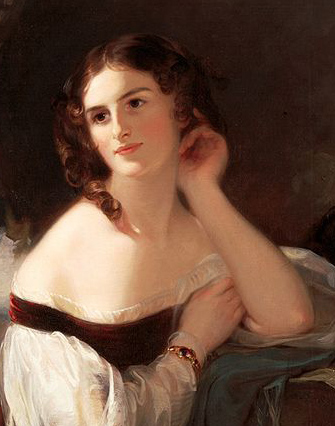 Spectacularly mismatched, each realized their illusions before a year was out. Fanny was an independent woman with notions of a "well-assorted marriage"; Pierce was not forward thinking. Fanny had abolitionist leanings; Pierce was a huge slave owner.

Fanny told friend Eliza Middleton Fisher that when she married him she had no idea about where his family money came from. Pierce, on the other hand, had many premarital clues to Fanny's personality. Her independence, celebrity and theatricality must have been the attraction but he expected her to put the role of Fanny Kemble aside and become Mrs. Pierce Butler.

Although retired from the stage, she could not retire from the limelight and published the Journal of Frances Anne Butler the following year, reviewed as a "work of very considerable talent [and] exceeding bad taste. There is something overbold, not to say indelicate, in the very idea of a young woman's publishing her private Journal." Fanny infuriated her American friends with her thinly disguised portraits of their behavior, so quaint in British eyes, but most forgave her. 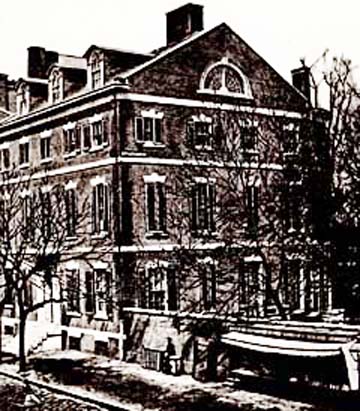 The Butlers spent a winter on one of the family's Georgia plantations while Pierce hoped to convert Fanny to the benefits of the slave economy. A horrified Fanny continued her journal, which she threatened to publish.

By 1839 they had two daughters and a crumbling marriage that, like her wardrobe, was the talk of Philadelphia. Eliza Fisher kept her mother up to date. Fanny received guests (amazingly enough) " in a riding Habit & coloured shirt.... Butler insisted that to see her daughters she must live at his house although separate and that she would concede his authority over what she published particularly in regards to slavery." 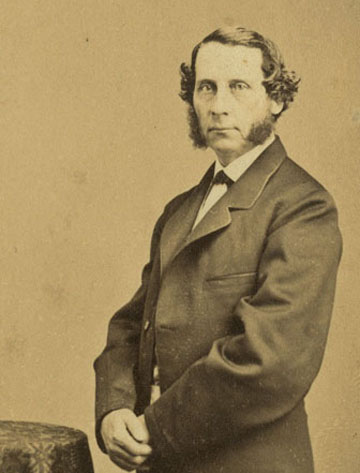 Pierce was notorious for his drinking, spending and affairs, reportedly moving a mistress into the house in the role of governess. In a culture that permitted a husband's discreet misbehavior, his indiscretions made news. 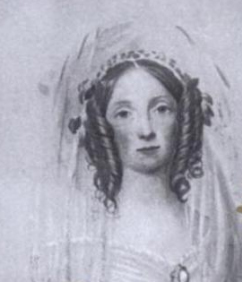 The Butlers lived under the same roof but did not speak. In 1843 Eliza Fisher wrote: "Tittle tattle about Mr & Mrs Pierce Butler whose squabbles have become serious enough to be known generally---His conduct to her has been shameful & although I daresay she has her faults of temper, it is unmanly & cruel to treat her so. Even his family side with her...."

Eliza's brother Williams sided with Pierce, however. "He was sure she was to blame & abused her for her oddities &c." Eliza had to agree. As Pierce's vengeful behavior increased and he exercised his legal right to refuse Fanny visits to the girls: "Unfortunately she has brought a good deal upon herself by her own folly." 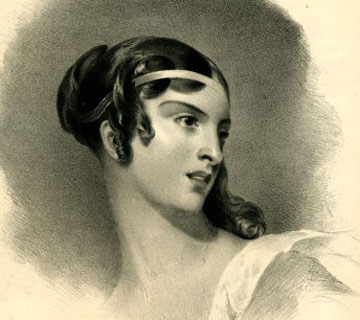 Too much will & vitality & force of character

Fanny returned to England and the stage. In 1848 her husband divorced her for abandonment. Another member of the extended Fisher family summarized the problems. Sidney George Fisher wrote he "always liked Mrs. Kemble. She is a woman of genius & of noble impulses and kind feelings. Too much will & vitality & force of character, however, to be very happy in domestic life, more especially with such a man as Butler, her inferior far in all intellectual endowments, but her equal in firmness & strength of character. She is not a person to be governed by force."

She became Mrs. Kemble and returned to Philadelphia where Thomas P. Cope ran across her one day out in the country. She was fishing, "dressed in a light frock coat, pantaloons, boots & man's hat, having every outward appearance of a male. Altho' an actress & accustomed to exposure of the person, it seemed wonderful that she should thus outrage the accustomed laws of female decorum among so plain a people [Quakers]. She drives her own carriage and pair round the neighborhood, with her own hands to the amusement of the sober natives."

Wonderful was not a compliment in Quaker Cope's vocabulary. Fanny Kemble, outrageous, odd and possessed of too much will, was a contrary wife whose divorce and loss of her children served as an abject lesson to any English or American women who might have considered her a role model. 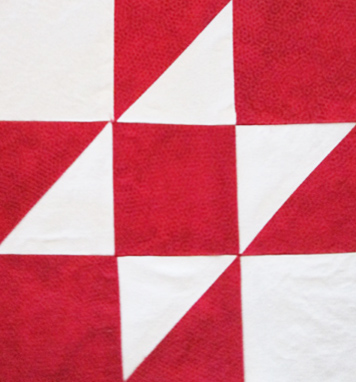 Contrary Wife was given the name in the Kansas City Star in 1941. 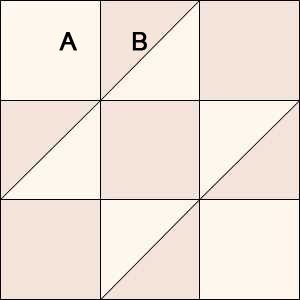 Cut each in half diagonally to make 2 triangles.  You need 8 triangles. 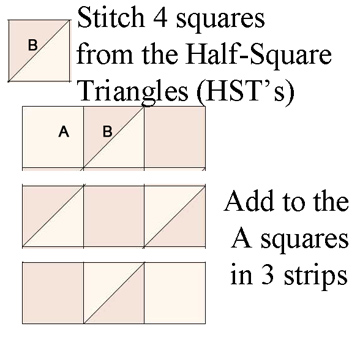 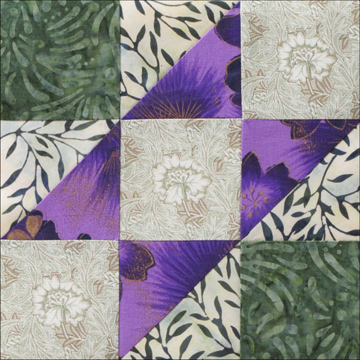 Contrary Wife
By Becky Brown
The purple is scraps left over from a muu-muu
her Grandmother made her soon after
Hawaii became a state.

Read a biography of Fanny Kemble by J.C. Furnas, Fanny Kemble: Leading Lady of the Nineteenth-Century Stage.  Furnas outlines the conflict. Fanny believed marriage should be "like a well arranged duet for four hands," while Pierce Butler viewed this idea as an insurmountable problem with his contrary wife, writing in consternation:  "She held that marriage should be companionship on equal terms...that at no time has one partner a right to control the other." 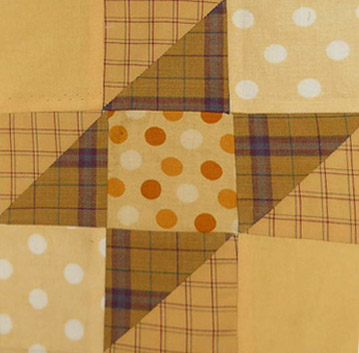