44. Star of Hope: The Rights of Women 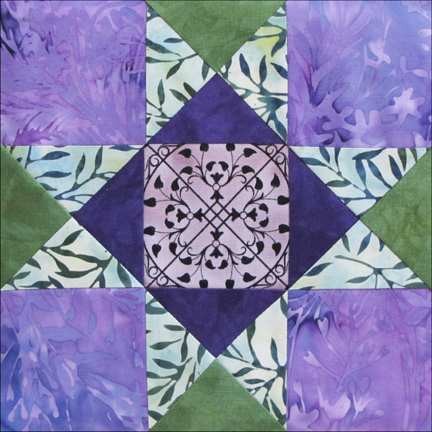 Star of Hope by Becky Brown.
The center square is an old fabric that she dyed with
blackberry juice to match the others. 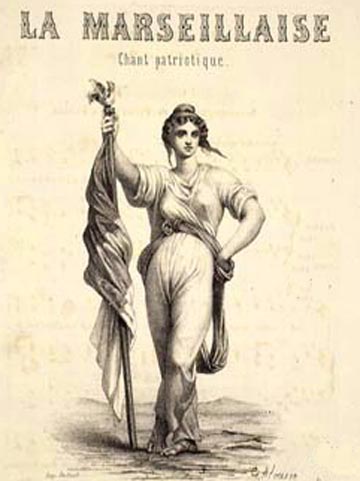 Marianne with her liberty cap and tricolor banner
became the symbol of revolutionary France.

After America's Revolution, ideas about human rights conflicting with the rights of kings took hold in France. In 1789 at the beginning of a ten-year insurrection, the French Assembly adopted The Declaration of the Rights of Man with principles of liberty, fraternity and equality promising hopes of an enlightened future. 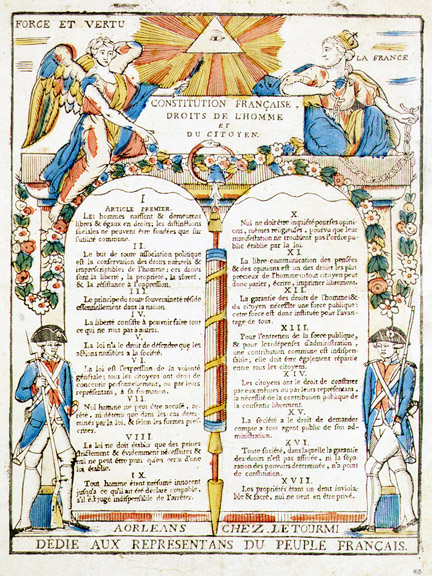 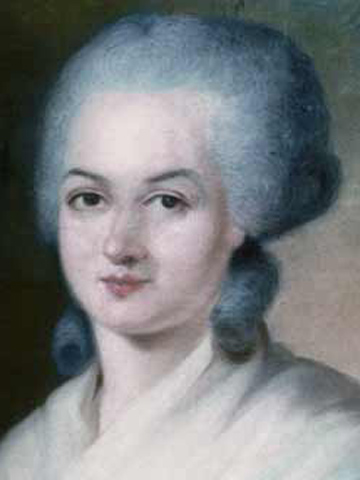 Olympe de Gouges soon realized that revolutionary idealists ignored the rights of women. In 1791 she outlined radical ideas for true equality and liberty in areas of marriage and divorce, voting, slavery and education in her Declaration of the Rights of Woman and Citizen. "Woman, wake up....What advantage have you received from the Revolution?” De Gouges publicized her ideas through plays, salons and clubs known as the Society of the Friends of Truth. "Woman has the right to mount the scaffold; she must equally have the right to mount the rostrum." 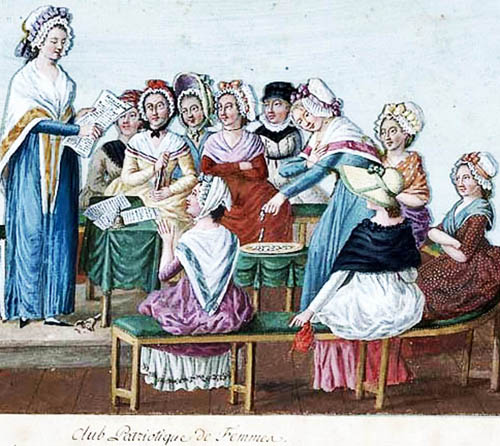 French hopes were brutalized in counter revolutions. Outspokenness was dangerous and de Gouge's words predicted her death. She was guillotined in 1793. 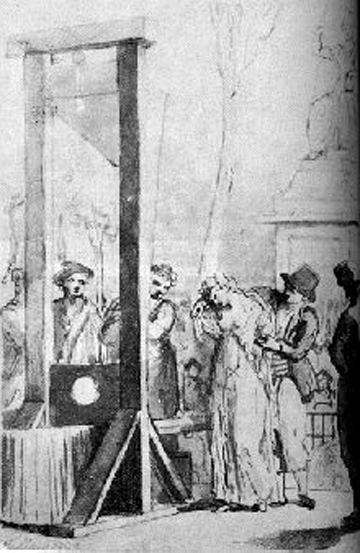 De Gouge's ideas seem to have died with her. In 1804 Emperor Napoleon established a civil hierarchy with wives legally subservient to men in his Napoleonic Code, an enduring legacy. 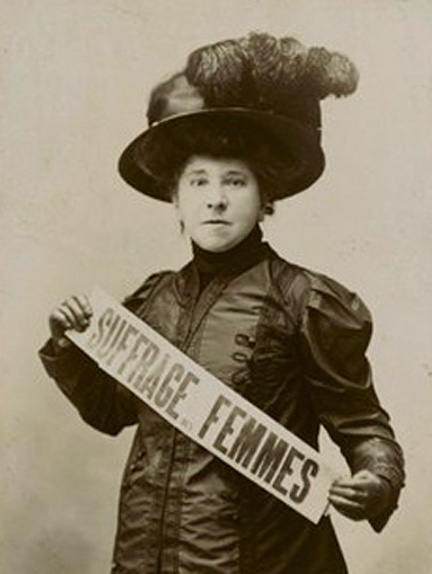 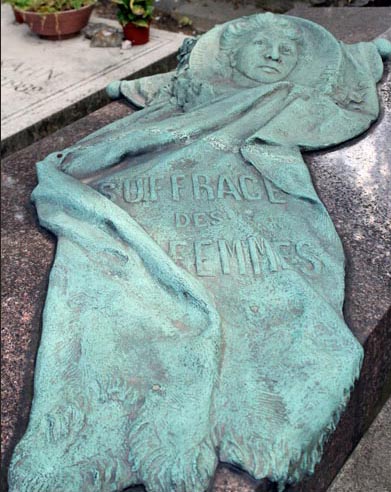 Auclert left a permanent statement on her tomb,
a bronze shawl with the words Women's Suffrage.

Women were not able to vote in France until 1944 and the end of World War II. In 1965 French wives achieved equal legal status in marriage. 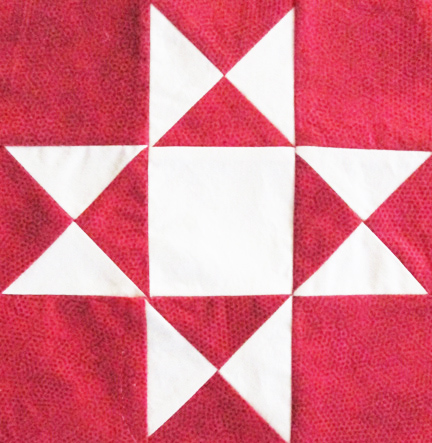 Star of Hope by
Georgann Eglinski

Star of Hope can remind us of the broken promises of the 1789 Revolution. The block was given that name in the 1930s by the syndicated Nancy Page quilt column.

The BlockBase number is #1631d. Be sure to add the d if you are looking it up by number. 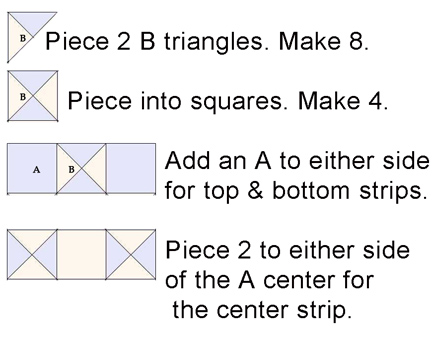 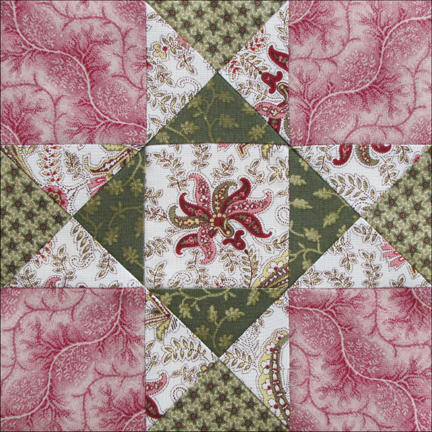 Star of Hope by Becky Brown 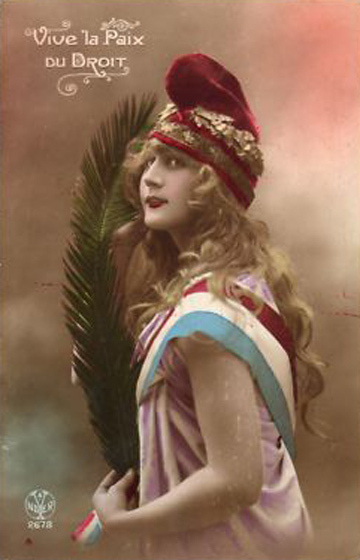 Marianne about 1930:
a idealized female symbol of a state run by men. 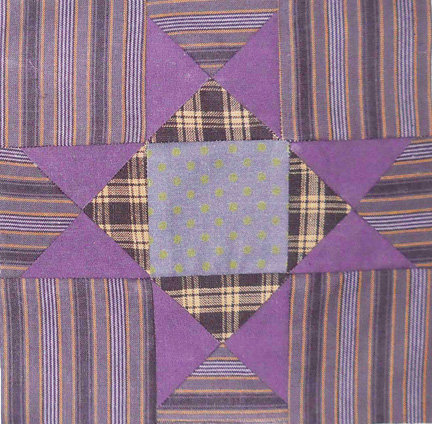 Star of Hope by Dustin Cecil 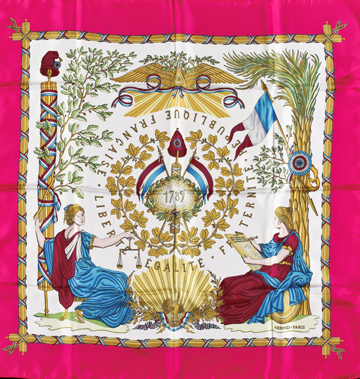