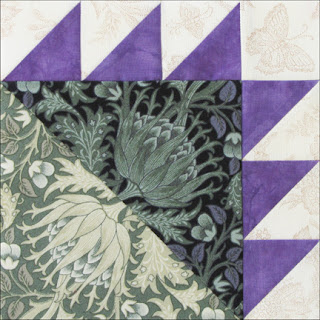 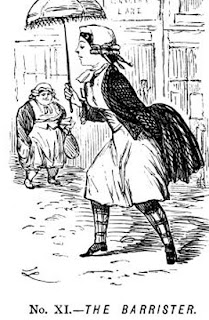 "Application from three infatuated young women for admission to [Columbia] Law School. No woman shall degrade herself by practicing law, in New York especially, if I can save her. Our committee will probably have to pass on the application, pro forma, but.....'Women's-Rights Women' are uncommonly loud and offensive of late. I loathe the lot."  George Templeton Strong, 1869

One of the major legal battles in the history of women's rights was the fight for the right to conduct legal battles. Like George Templeton Strong, many felt the legal profession was degrading. As Supreme Court Justice Joseph Bradley phrased it in 1873:

"The natural and proper timidity and delicacy which belongs to the female sex evidently unfits it for many of the occupations of civil life." 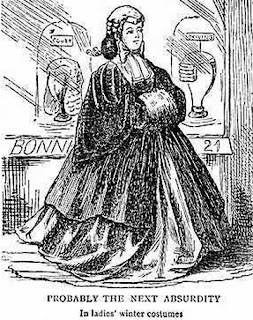 Proof of this was found in the early demise of attorney Lavinia Goodell who died at 42 in 1880. The Chicago Journal asked readers to consider "whether women are able to endure the hard usage and severe mental application incidental to a legal professional career."

Many women thought that was bunk, among them Regina Mills Chambers, a schoolteacher in the Kansas state capital of Topeka who married a young legislator. She studied law in his office and they opened a joint practice in rural Hoxie, Kansas in 1890.

Among her acquittals was the case of Myrtle Coulson who ran away from a violent husband to her sister's home. Unable to obtain a peace bond to restrain him, she shot and killed him when he broke into the house.

"Attorneys who heard [Chambers's] closing argument say it was the best made in the case,"
reported the Hoxie Sentinel. 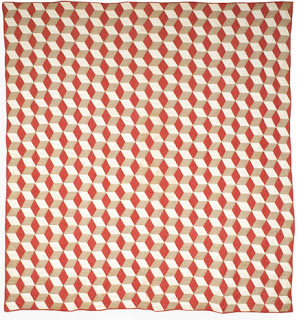 Regina Mills Chambers (1867-1910) left this signature quilt, made in Alma, Kansas, when she taught in the 1888-9 school year. To see the whole quilt at Kansas Memory click here:
http://www.kansasmemory.org/item/224269 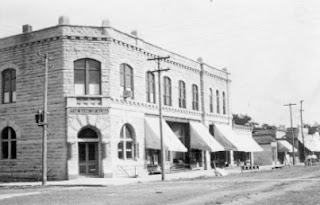 Regina's granddaughter Camille Nohe wrote her biography in a 1998 book Journeys on the Road Less Travelled: Kansas Women Attorneys. I also worked on that book, interviewing women who went to law school before 1970. Among my favorite stories were those told by retired Kansas Supreme Court Chief Justice Kay McFarland. As a young lawyer in the 1960s she was sent by the senior partner to try a case in a small town. "I was so pleased that he had the confidence in me."

The confidence was well-placed. She won, but during the trial the opposing attorney insulted her by calling her "Girlie" and making jokes about getting her hair done. She later found out that her boss had sent her just to prove to the opposing counsel the case was so "open and shut that even a woman could win it." 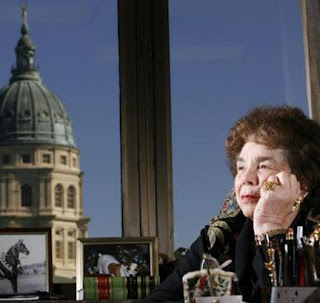 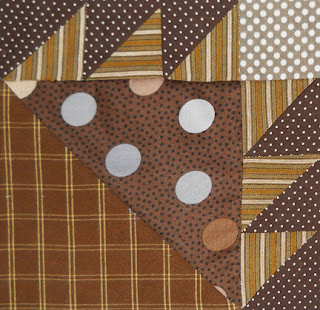 Barrister's Block
by Dustin Cecil
Barrister's Block is a repeat design for four of this design unit. The name was published by the Ladies Art Company about 1890 and later called Lawyer's Puzzle by Ruth Finley 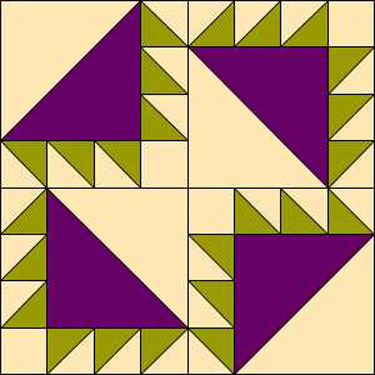 BlockBase #1363
If you want to resize the block in BlockBase, print rotary-cutting directions for a block twice as large
so you get the measurements for one repeat. 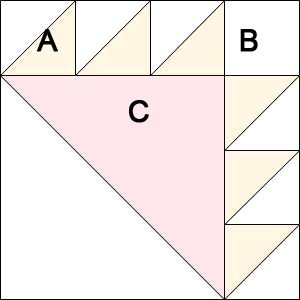 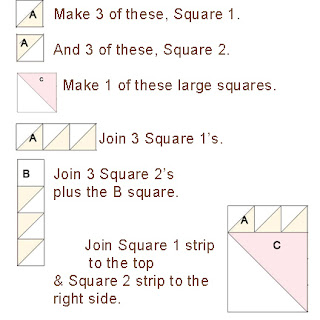 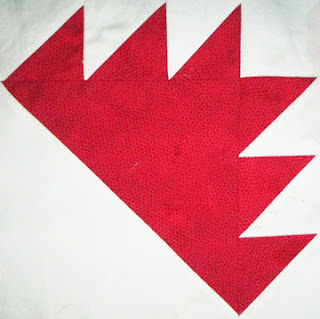 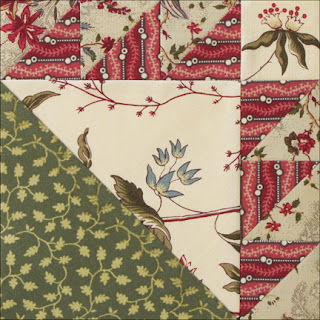 Barrister's Block by Becky Brown
She flipped her darkest piece to the bottom. 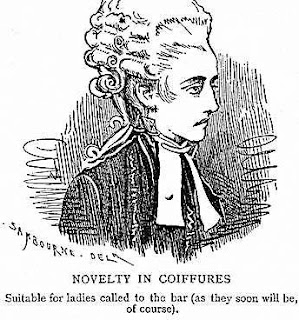