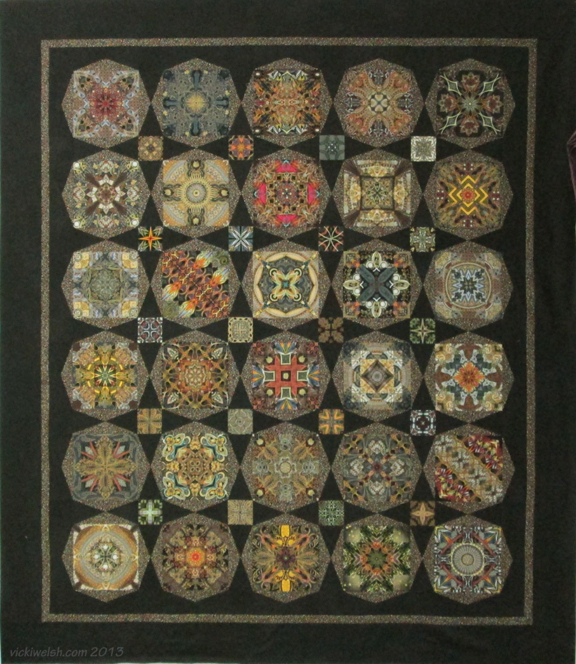 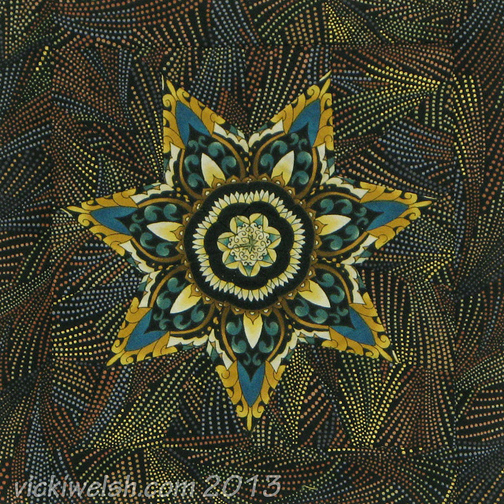 You may have noticed Vicki's blocks on our Flickr page. She's been making two sets. Because today is Vicki Welsh day on two of my blogs she was motivated to finish the tops she's been working on. 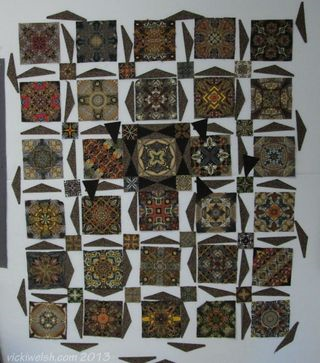 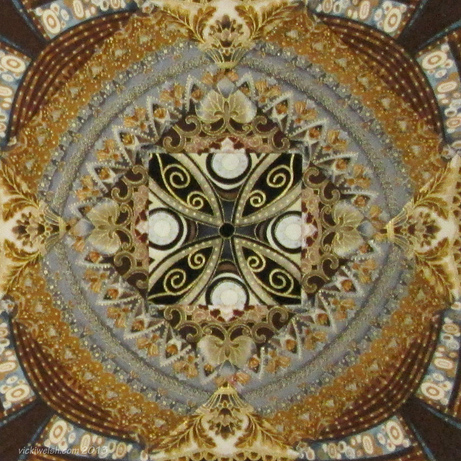 
Vicki loves to play with the fabric, cutting this set in kaleidoscope design inspired by Paula Nadelstern classes. 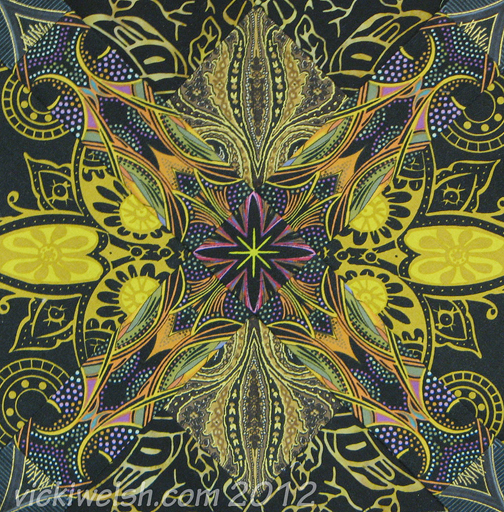 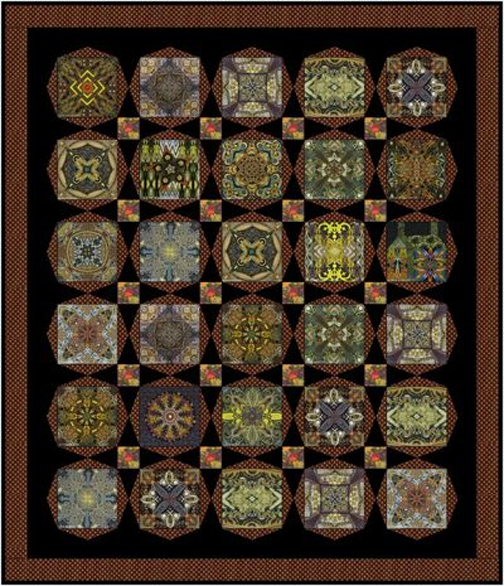 EQ7 Sketch of the set for a wall quilt of 30 blocks.

Vicki wrote:
"This is the layout for the symmetry version. The cornerstones will be quarter-square triangle kaleidoscope blocks. The brown in the EQ sketch is actually a black fabric with brown and steel blue dots. I think it will create a nice transition from the blocks to the hand-dyed black background."

Posted by Barbara Brackman at 12:01 AM